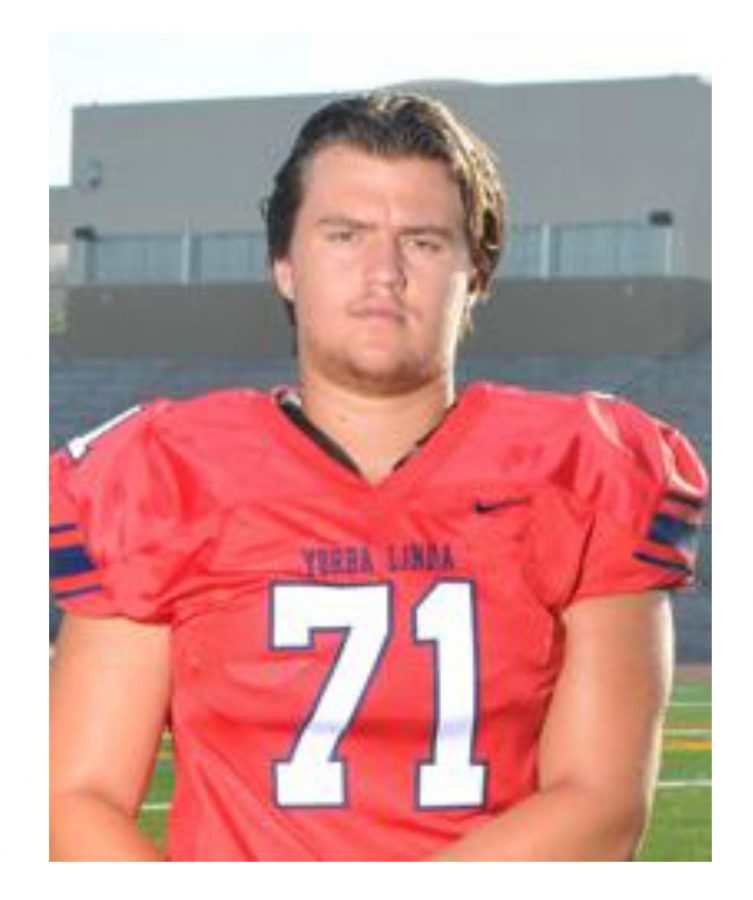 Nathan Cardona is heading to Boise to play football.

At Yorba Linda High School, our football team is in Division 5. On the team, there are numerous players who idolize popular sport. Of those players, only a few are given the chance to commit to a college of their choice to display their skills in NCAA football. The All-American sport allows individuals with great potential to play in college and get scouted by professional teams. After the fulfilling college career,  many talented players go on to the National Football League (NFL) to make millions.

One of our Mustangs has been given the chance to continue his football career. This gifted player is Nathan Cardona (12)., Nathan has committed to Boise State University to play in Division One football. Previously, Michael Callahan (Former Student) committed to play there as well; With both Callahan and Cardona attending the same college in the fall,  two of our Mustangs will be on the field at Boise State next school year.

When asked why he chose Boise State, Nathan wanted a school that pushed him academically and allow him to be critiqued by strong, dependable coaches that will help his strategies in tackling on either his offensive or defensive side in a game. He states that “Finding a balance between all of these became a challenge but it is one [challenge] all athletes overcome.” Citing his parents as his greatest influence, their work ethic took part in how he overcame his struggle.

On and off the field, Cardona’s endurance, competitiveness, and hip-drive embody the type of player needed for an offensive position. Due to the strength, Cardona gained when focused during weightlifting, he showcased consistent resilience by getting back up after getting bruised and hard tackled during games. His determination shows his leadership because of his never-giving up attitude, strong voice, competitive drive, and serving as a strong role model to younger students on the team.

Varsity football head coach, Coach Bailey (Staff) stated that Nathan Cardona is the “master of his craft.” When interviewing, Coach Bailey emphasized that Cardona is not just a strong, competitive player, but also has a fun-loving touch and always takes pride in knowing everything to enhance himself academically or athletically. Supporting Cardona in his decision, Coach Bailey believes that he picked the right campus for football because of the city, college, and coaching staff.

Nathan will strive to reach his full-potential at Boise State on the football field whether he is starting or supporting the team in the fall of 2020. He made his final decision to attend the Idaho college after meeting the coaches and getting comfortable with the town when he visited Boise a couple weekends ago. Now fully committed, Cardona will continue his ambition and love for football at Boise State University. For now, he will be playing as an offensive starter and defensive starter this season on the YLHS varsity football team.