Nostalgic Euphoria: A Decade of Evolution 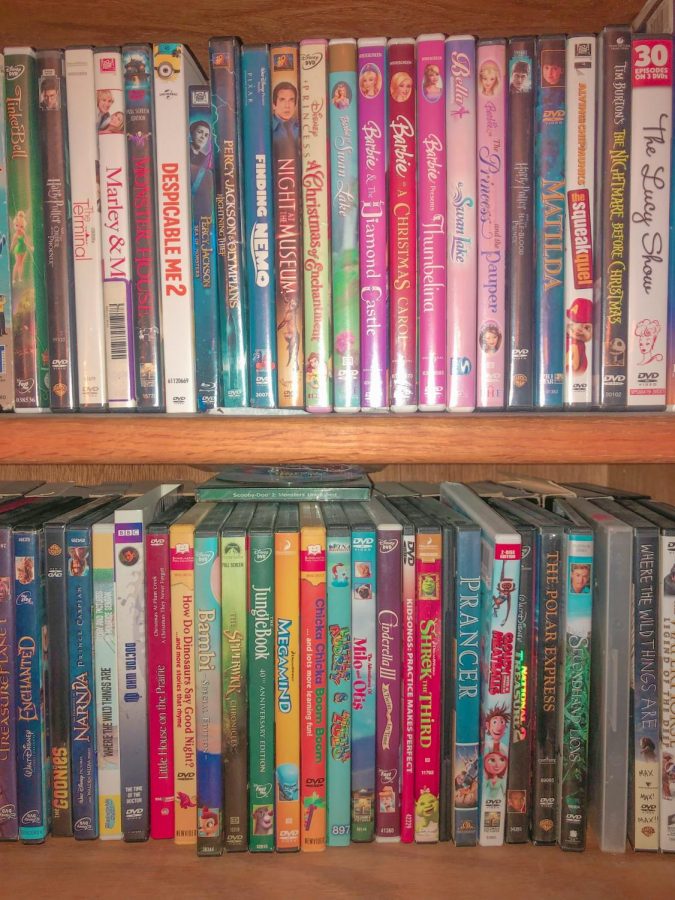 There have been a plethora of precursors that have set precedents to help guide the new waves of music and movies; but only time will tell how these entertainment forms will shape our future.

The ever-changing American culture has been the driving stimulus that influences the evolution of everyday music and movies. Our nation has become so much more open minded; yet remained decidedly conservative all at the same time. The recent social-political awareness has taught us how to educate ourselves; to learn how to communicate our convictions inventively. Just a little under ten years ago most of us were probably either sprinting out of bed just in time for the new “Suite Life on Deck” episode to air on Disney Channel, or sitting in the passenger’s seat of the car scrambling to recall all the lyrics to Ke$ha’s “Tik Tok.”

However, with the improvement of smartphones and the rise of social media as one of the main platforms of communication, common forms of movies and music alike have definitely experimented with all ends of the spectrum. And within that spectrum, I’m going to attempt to briefly hit all of the trendiest and predominant elements of pop culture in regards to music and movies over the past ten years.

2009: The year of 2009 was the year in which EDM was slowly making its way up from the underground and into the main music scene with catchy tunes such as “Fireflies,” “Boom Boom Pow,” and “Tik Tok”; however the idea of “teen pop” was not yet in full swing, it was still mostly confined to the screens of Disney Channel. For movies, we were introduced to the monumental, heart-wrenching Disney film Up, the strangely interesting Avatar, and Tim Burton’s gothic movie Coraline.

2010: In 2010, the premiere of Tim Burton’s Alice and Wonderland began to shape the live action movie movement. In the later months of the year, new releases from Disney kickstarted the overwhelming desire from the public for more animated entertainment in the film industry. As for music, EDM became more mainstream due to popular artists like Rihanna and Avicii. Many of the most popular mainstream pop tracks came from 2010; songs such as “Love the Way You Lie”, “Airplane,” “Grenade,” and “Party in the USA” which ultimately helped pave the way for the modern-day pop music that we listen to today. Soma Shah (11) expresses her memories from the year 2010, “I remember ‘Party in the USA’ being the one song that I would constantly hear in 2nd grade and all the girls in my class desperately wanted to become some kind of form of the Hannah Montana we saw on the TV screen- a lot of times growing up we would base our role models after the cartoon characters or the fiction TV personas we would see pretty much daily.”

2011: The world of 2011 saw a multitude of animated films hit theaters, such as Rio, Rango, Hugo, and series with continuations such as Cars 2 and Kung Fu Panda 2. In the meantime for music, a large influx of music about self-love, self-recognition, and individualism truly began to grasp its hand around the arm of mainstream pop culture. Although “On the Floor” by Jennifer Lopez was a hit tune of 2011 with more of a club-type feel, the EDM wave was starting to dissipate with the arrival of slower, emotion-provoking songs like “Who Says,” “What Makes You Beautiful,” “Jar of Hearts,” and “Born This Way.”

2012: This year specifically was monumental in regards to the movie scene at the time. Iconic films, such as The Hunger Games, Avengers, and Brave appeared for the first time on the big screen. Following these new movie releases came an abundance of new and fresh hits in music. One-hit wonders such as “Call Me Maybe” by Carly Rae Jepsen, “I Love It” by Icona Pop, and “Gangnam Style” by PSY reshaped the pop movement of the previous decade. Altogether, 2012 served as an introduction to many new aspects of pop culture that we still see in movies and music today.

2013-2014: Some of the most iconic years, especially for music, came in 2013-2014. This year was also primarily seen as the year when both upcoming artists and present artists presented their biggest hits, such as Lorde’s “Royals,” Miley Cyrus’ comeback with her staple “Wrecking Ball,” Ariana Grande’s debut song “The Way” and Justin Timberlake’s comeback with his hit song “Suit and Tie.” In addition to the big music hits, body-positive songs that centralized female empowerment and independence came in the form of songs like “All About That Bass,” and “Blank Space.” The movie realm was blasted off its feet when Frozen rolled into town, the movie whose songs we still haven’t gotten out of our heads, even nearly 6 years later.

2015-2016: These years proved to be some of the most monumental years for the movie industry in regards to horror. In previous years, the horror genre was not recognized as immensely by modern films of the early 21st century. However, with the premiere of Split, Hush and Don’t Breathe, and Get Out, there was now an entirely new, alternative standard set for horror movies. Furthermore, movies of this caliber were now becoming more accessible due to the growing popularity of Netflix Original films. As for music, 2016 was the year of feel-good music; songs like “Closer” by the Chainsmokers and “Can’t Stop the Feeling” by Justin Timberlake were released to further this musical movement.

2017-2018: Ever since the early 2000’s society has seen a fierce battle between hip-hop and pop music for domination of the music charts. Late 2016 changed that course, which would soon allow the years of 2017 and 2018 to lead this shift in music genre. The combination of hip-hop and pop extensively came into play during these years with notable contributions like “Humble,” “This is America,” “Bodak Yellow,” and “Rockstar.” Similar to these years contributing plentiful to the entertainment industries, we also can detect the rise of cultural awareness and ethnic representation in the movie world with titles such as Black Panther and Crazy Rich Asians.

2019: WHAT’S NEXT? Although the road to the purest form of these entertainment outlets is certainly not one of cleanly paved foundations or a neatly polished exterior, it is expected that music and movies respectively will reach new heights and standards set by their predecessors in former years. With upcoming breakthrough female artists such as SZA, Billie Eilish, H.E.R., and Kehlani, the music industry, in light of recent events, has adapted to responding to certain occurrences through songs of self-worth and self-love. And for movies, many have pointed to the speculation that 2019 is going to become the year for live action movies, and to point out a few you may want to keep an eye out for: Aladdin, Mulan, Dumbo, and Lion King.

There have been a plethora of precursors that have set precedents to help guide the new waves of music and movies; but only time will tell how these entertainment forms will shape our future.