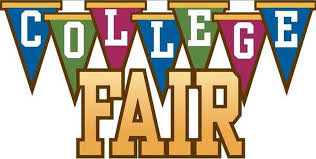 This fair took the students through their options for college.

With summer just around the corner, many students are thinking about college much more than they anticipated they would be. This is especially true when such things as the college fair come to the school like it had for many years prior. The colleges attending the fair had been some of the best Yorba Linda High School (YLHS) had seen in years.

The schools ranged from in state to states all the way in the east coast such as Massachusetts. Those who came to represent the schools had been amongst the best and brightest the colleges had to offer. “The selection had been well picked, especially with its variety since I had noticed the college of my choice had attend as well” stated Gabby McCutchan (11). Both men and women had come to promote their schools to the student body throughout lunch.

Personally, I had walked around the entire fair and noticed a few colleges that had peaked my interest and learned quite a few new details that set certain schools apart from the rest depending on what each student is looking for.

Certain schools such as University of Idaho or University of Massachusetts had been heavily promoting by their writing and sciences departments. However, one had a different scholarship program for those who would rather choose a more rural and perhaps cheaper option for college. Still, under both schools internships and hands on opportunities had been heavily prevalent when speaking to the attendee.

Other areas such as University of Arizona had been predominantly focused on math subjects and majors. These changes may seem minute but the difference in subjects could completely influence the practice the school would give a student who attended. This can be seen with University of Texas who had been right next to University of Arizona and promoted its sports and athletic scholarship program above all. This could also be said with colleges such as Notre Dame and other elite schools.

Colleges from all differing majors had attended the fair and in the end it depends on the student which he/she would chose to attend. After taking into account the economics, location, and majors the school is known for the best fit for each student will most likely sort its way through. Luckily, with the college fair at YLHS students could get a better grasp and sense of which colleges offered what factors in which they would be best fit for.

Many students had began to change their minds on the colleges they had been dead set on after witnessing the surplus of other opportunities they could receive from differing colleges. The biggest takeaway to the student body that could be gathered especially from this year’s college fair is to keep their minds and options open because better offers may come along to a school they were not even aware had been their dream school.