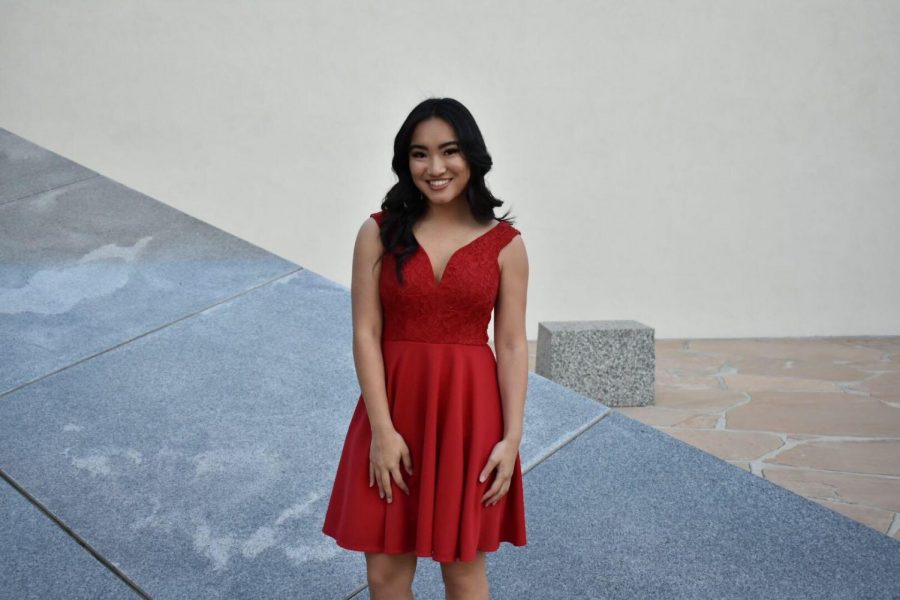 As the school year is coming to an end, Yorba Linda Mustangs are sad to see many notable seniors leave and move on to college. Ashley Bui-Tran (12), in particular, is an extraordinary student, exceeding in not only her academic life, but also in her extracurricular activities on campus. While taking a whopping twelve AP classes and passing all of the tests with 4’s and 5’s, she has also participated in the school orchestra, the speech and debate program, and Key Club International.

Since freshman year, she has been playing the violin at school, while taking private lessons in both violin and piano at home. Starting sophomore year, Ashley has been a devoted member of the speech team on campus, attending almost a dozen local competitions with her original pieces. She has also been a member of Key Club since freshman year, working her way up to the title of “President” in her junior year.

When asked about her favorite classes, she immediately mentioned APUSH and AP Chemistry. She enjoyed Tall Walls’ ability to make American history fun and interesting and Mrs. Ward’s constant positive energy that made the horrors of chem much more bearable.

When the time came to apply to colleges, Ashley decided to only apply to the UC’s because she wanted to stay in California. Of the seven she applied to, she got into six of them. The final two came down to UCI and UCLA, but after she visited and toured both campuses, the choice was clear for her. Ashley is headed to University of California, Irvine in the fall. She is going to major in biology with a possible minor in accounting, and intends to pursue a medical career as a doctor in the future.

As she prepares her departure from high school, she reflects on her experience at YL. Coming from Kraemer Middle School, she didn’t have many friends during her transition from junior high to high school; however, she found her close group of friends and has stuck with them on this four-year journey.