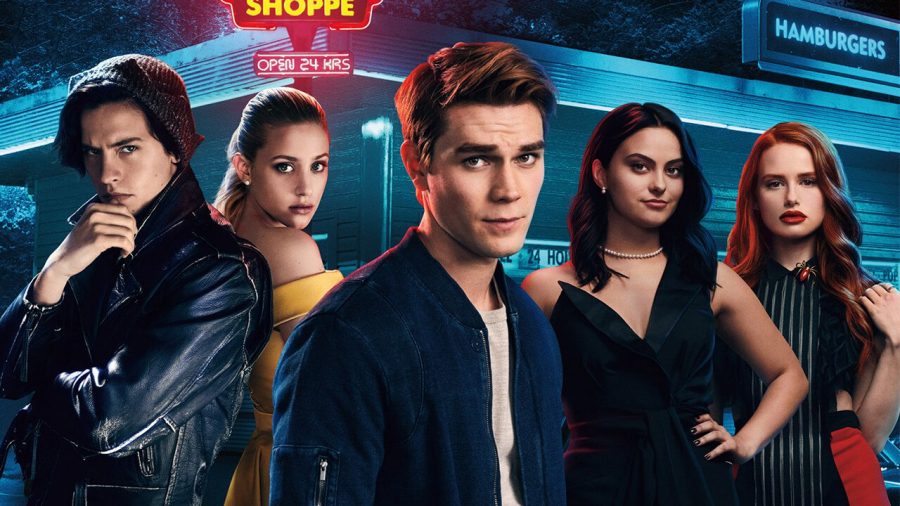 Above, all the characters prepare for yet another long school year at Riverdale High

With Netflix already becoming the most popular streaming service in the streaming market today, that of the the aspect of creating their own shows, and movies further sets them apart from other streaming companies. For instance, that of the show Riverdale is just one of Netflix’s original shows that continues to flourish within the company.

Shadowing everyday high schoolers and the struggles of living in a small town of Riverdale, the show aims at pointing out teen struggles and that of the lives of kids without much guidance and very little security and safety from the ones they love most. The main character, Archie Andrews, along with friends, Jughead Jones, Betty Cooper, and Veronica Lodge, work to stop the rising tension between the south side and the north side, a classic prep vs. punk scenario. With Veronica’s dad controlling everything that goes on within the city, the many allegiances, and hidden secrets begin to come to light as the town gets more divided by the second.

Madison Miller (12), loves the show due to its “increasing rise in climax that it incorporates. [She’s] always on the edge of [her] seat waiting for the plot twist that is going to come next.”

This reaction and interest in the show is one that is ultra common within the world of T.V. shows. Being just one of the many Netflix shows that continues to gain popularity among young teens today, the newest season, season 3, aims at displaying a life of peace ultimately turning once again to that of violence and death due to the rise of a new gang and game in town. The new season is one that has many teens around school, an that of the community, buzzing about what is going to happen next on the show.

Cole Smith (12), can’t wait to see the “plot twists, and kinks in the already developing story that will ultimately determine how the rest of the season will pan out. I just can’t stop watching and beginning to anticipate what is next to come for all the characters within the show.” With Riverdale releasing another season, it begs the question if other shows like 13 reasons why, or Narcos, or other original Netflix shows, will continue on with the production of new seasons. But for now, that of Riverdale’s newest season is one that not only gets me excited, but that of the whole Riverdale lovers here in Yorba Linda.