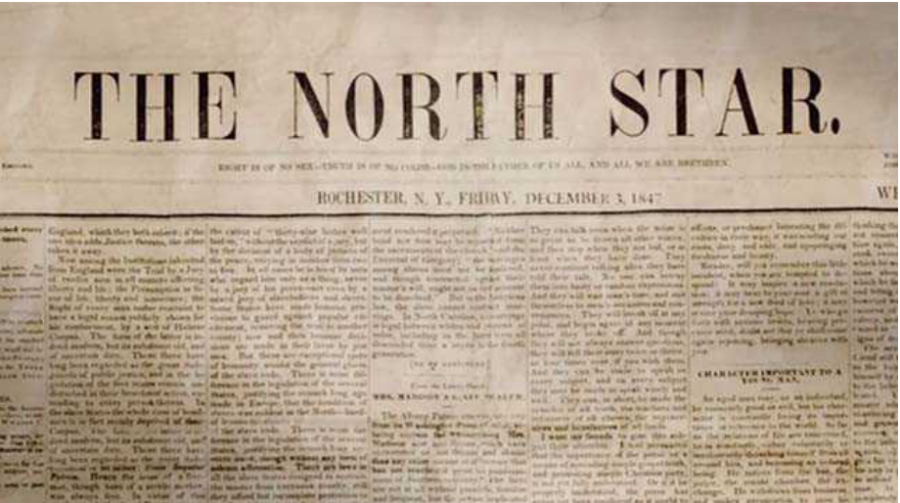 In December of 1847, Frederick Douglas shook the nation with his radical, revolutionary newspaper he called The North Star. After escaping slavery in Maryland, Douglas became one of the most prominent voices in the abolitionist movement, using his great oratory skills to speak against the horrors of enslavement.

Inspired by The Liberator by William Lloyd Garrison, Douglas created The North Star with the intent to spread abolitionist news and ideals all across America. The weekly, four-paged paper had a timeless motto: “Right is of no sex—Truth is of no color—God is the Father of us all, and we are brethren.”

To this day, Douglas’s work has impacted this country greatly. Social activists look up to him and his words, especially Shaun King. King has been one of the leading voices in the modern civil rights, social justice, and Black Lives Matter movement. He works alongside Benjamin P. Dixon to combat injustices against African Americans by reviving Douglas’s old paper. The editorial teams plan to include written content, podcasts, video broadcasts, and an app in this revamped version of The North Star.

Ashley Bui-Tran (12) thinks that this is a great idea and a brilliant way to honor all the work Frederick Douglass has accomplished in the past. “I’m glad Shaun King is bring The North Star back,” she says. “After learning the impact of Douglass’s version in APUSH, I think the modern version will affect the country greatly.