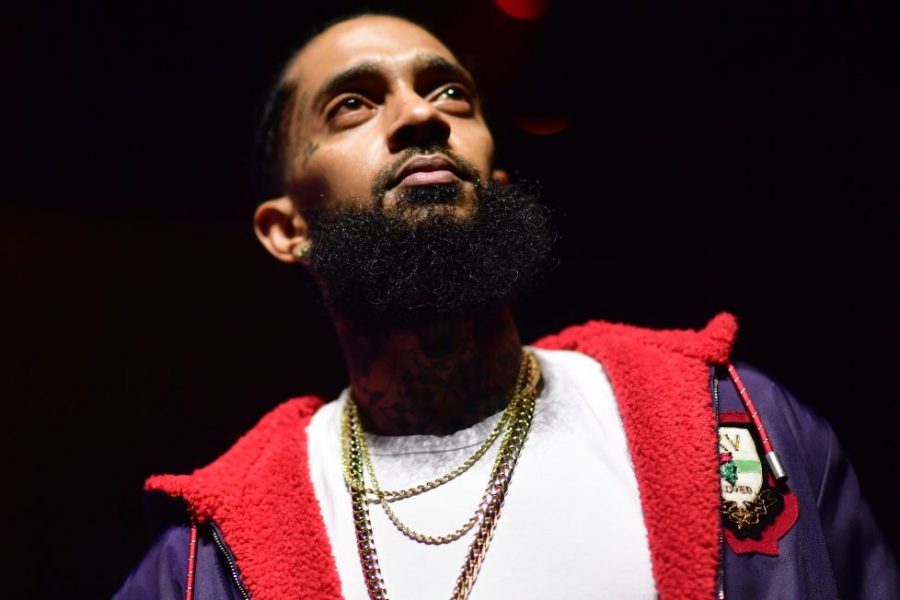 On March 31, Nipsey Hussle, a rapper, passed away. His death came as a shock because he was only 33 years old. He had so much influence on the music world and all his work showed just how influential of a person he is and was.

In 2008, he released his famous trilogy mixtape, Bullets Ain’t Got No Name. When he completed his trilogy, his mixtape included a collaboration with Drake. In 2010, he became famous enough to be part of XXL Freshman. XXL is a famous American hip hop magazine. That year’s class had many stars that we know today such as J. Cole, Wiz Khalifa, Big Sean, and more. In the same year, he signed a publishing deal with Broadcast Music Inc., aka BMI. Somewhere around July, he released the song “Feelin’ Myself” featuring Lloyd, which eventually ended up on the Billboard charts with the rank number 93 on the Hot R&B/Rap chart in October of 2010. Later, he once again became an independent artist after leaving Epic Records and opened his own label called All Money In.

In 2013, he launched his “Proud to Pay” campaign where he also released his mixtape Crenshaw both as a free download and as a hard copy for $100. Jay-z eventually heard of this and bought 100 copies on behalf of Roc Nation. Hussle’s fans also responded and there were 1,000 copies sold in 24 hours. In 2018, he released his album Victory Lap; it showed his unique transformation from a gang member to a business owner and community role model. The album made it to number 4 on the Billboard 200 with a guest list that included Kendrick Lamar, YG, Buddy, Puff Daddy, and CeeLo Green.

Victory Lap surpassed the highest expectations and it stands among the best releases of the year in any genre. In 2019, the Grammys took notice of this huge album and it resulted in a best rap album nomination. Hussle competed against the late Mac Miller, Pusha T, Travis Scott, and Cardi B; the latter took the trophy home. This didn’t stop Nipsey as he continued on with his huge career and he had many big plans and projects for the future. Therefore, his unexpected death was even more of a huge shock.

He died in a gang shooting near his store in LA. Two other people were injured in the shooting, and the victims were transported to a hospital where one of them was pronounced dead. Not only that, but Nipsey’s last tweet was somewhat ironic as it said that “having strong enemies is a blessing.” Many people responded to his death; the LAPD said that his death was really sad as they were talking with him on ways to stop gang violence and to help children. Rihanna also responded to his death, saying that she hopes that he can rest in peace and for God to bless his family. Other celebrities including  Ice Cube, Pharrell Williams, J.Cole, Chance the Rapper, Meek Mill, and Drake also said their final goodbyes. There were also athletes like Stephen Curry, Lebron James, and Colin Kaepernick who also sent their condolences and goodbyes.

It is such a shame to see someone who had such a bright path before him die so suddenly. River Todd (9) said, “Gang violence played a huge role in his death. Nipsey had family and friends. I think these types of things need to stop. RIP Nipsey.” We all hope that he is now resting in peace and that his music will be forever remembered in the music industry.