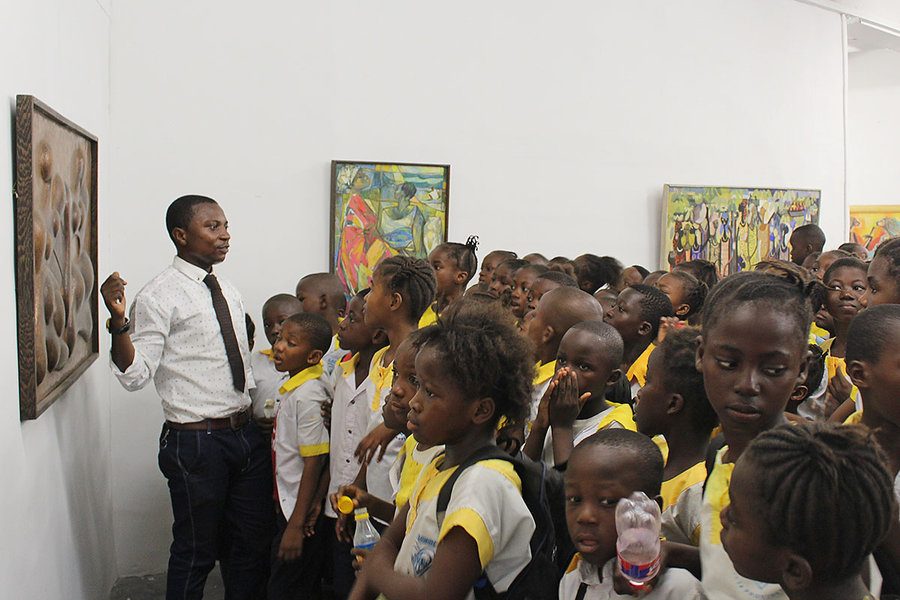 Students are shown touring an art museum in Congo.

European and American museums are infamous for hosting hundreds of thousands of ancient artifacts that were stolen, looted, or taken from other countries and civilizations. Numerous cases have occurred where the original owners were denied the right to reclaim their historical artifacts, or forced to settle with being loaned pieces of their own history. Such a tragic and unjust remnant of the colonization and cruelty of European nations can no longer be tolerated.

Emma Castro (10) agrees that the European museums are being “disrespectful because [the artifacts] are a part of” the culture of the original owners and “those countries are not allowed to have a part of who they are” even though it is “an important aspect of maintaining their culture and traditions.”

Luckily, the issue is not being entirely ignored. President Emmanuel Macron of France addressed it in November of 2017, saying that he could not “accept that a large share of several African countries’ cultural heritage [is] kept in France…Within five years I want the conditions to exist for temporary or permanent returns of African heritage to Africa.” He also funded a study for Felwine Sarr and Bénédicte Savoy “to advise the government on how to share the art in its possession more widely.” Through the report, Sarr and Savoy found that “95% of Africa’s cultural heritage is held outside the continent.” Furthermore, many of the artifacts and historical treasures have been “looted, stolen, bought under duress or borrowed and never returned,” justifying the argument that they should be returned as quickly as possible (The Economist).

Unfortunately, it has been easier said than done. European museums stubbornly refused to return many of the artifacts, and little progress has been made. In the US, Smithsonian museums have returned thousands of artifacts to Native Americans. Similarly, Australia, New Zealand, and Polynesia have also been returned many human remains. Yet Africa has been largely denied or ignored in their requests partially because European museums point to the lack of infrastructure, political stability, and resources in Africa that make many of the countries unsuited to take care of the artifacts.

Luckily, that particular barrier has recently been confronted. The Congo has recently justified a request for the return of their artifacts by building a new national museum funded by the Korea International Cooperation Agency of South Korea. Similarly, UNESCO is funding the construction of new museums in Mali and Timbuktu. One of the most successful examples of such museums has been the Museum of Black Civilisations in Dakar; the museum was a gift from China and has four floors filled with “everything from paleontology to contemporary West African fashion.”

The question of returning artifacts that have been stolen or looted should no longer be a question. Rather, the only question should be of how quickly European museums will try to return each artifact to its original owners. They should recognize the injustice of the past and do their best to correct it.