Elina Savalia: Off to Bigger and Better 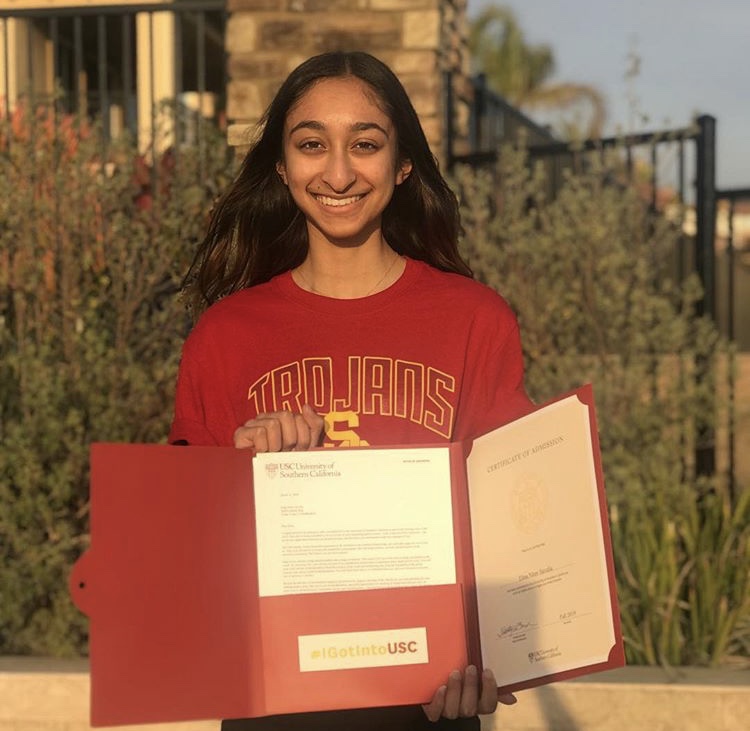 Elina Savalia embodies a true Mustang: always striving for the bigger and better, constantly seeking for challenges, and never putting out into the world anything but their best.

No one can deny the overwhelming sense of accomplishment and relief we’ll feel or do feel senior year when receiving our acceptance letters. The crackling sound the envelope generates as it reaches sweaty palms, the overly-cautious motion of opening it to reveal its inner contents- gestures that all embody the beginning to the rest of our lives.

YLHS student Elina Savalia (11) experienced the same rush of suspense and anticipation, just at a different time than typical high school students. She was accepted to the University of Southern California her junior year, a school with an 18% acceptance rate, and will be skipping her senior year at YLHS.

Through a program called the USC Resident Honors Program, she received a flyer regarding their program applications in the mail. “[She] didn’t find out about the program until around October [2018] and the application was due December 1st [2018], so it was a struggle [for her] getting everything completed in time since there were several essays [she] had to write.” The RHP “accepts students who have the social and emotional maturity to function independently as college freshmen. Interested students should have a record of success in high school such as honors, AP and IB courses, summer programs, leadership experience, and special talents,” all of which Elina has excelled in throughout her high school years thus far (USCDornsife).

Elina’s parents were a bit skeptical at first, seeing that they weren’t expecting their daughter to leave them so soon, but initially they supported her throughout the entire process and agreed that it was the best decision for Elina.

Elina’s friend Jenee Anekwe (11) solidifies Elina’s notable academic qualities, vocalizing that “this year she took 5 APs and was able to maintain stellar grades in all of them. She manages school with a social life by doing everything in moderation: she knows when to study and when to have fun, but her passion and effort that she puts into her school work allows her to excel.”

When asked whether or not Elina sees herself as mentally and emotionally ready for college life, she responded by illustrating that she does see herself as emotionally and academically ready for college, because she’s aware of her strong performances in high school and how to manage her time in order to do well. She further included how she’s had to move schools quite a bit in the years she’s gone through, so adapting to a new environment is not one of her top worries.

Although she already applied to the Health and Humanity major, Elina expresses her wishes to double major and also do Law, History, and Culture, and that she’s “leaning towards law, but [she’s] open to changes based on what [she] ends up being interested in and good at in college.”

Several of Elina’s friends will deeply miss her when the time comes for her departure, however, they all feel the same uncontrollable joy when mentioning her bright future ahead. Katie Tough (11), is one of these friends, saying “Elina is the smartest and most dedicated person I have ever met. She has continuously pushed herself to perform her absolute best ever since I met her, yet she still makes sure she has time to spend with her friends. We are all going to miss her so much but overall we are unbelievably proud of her. This is such a huge achievement and a great opportunity for her.” And to end that note, Katie writes, “Good luck at USC Elina!”

She says she will definitely miss being a Mustang, but she knows that she has prepared herself for the journey ahead and she will go through the obstacles life will throw at her. Jenee Anekwe (11) sums up what all loved ones and acquaintances want her to know: “Don’t stress out too much at USC, enjoy the college life, and don’t forget about us Elina!”