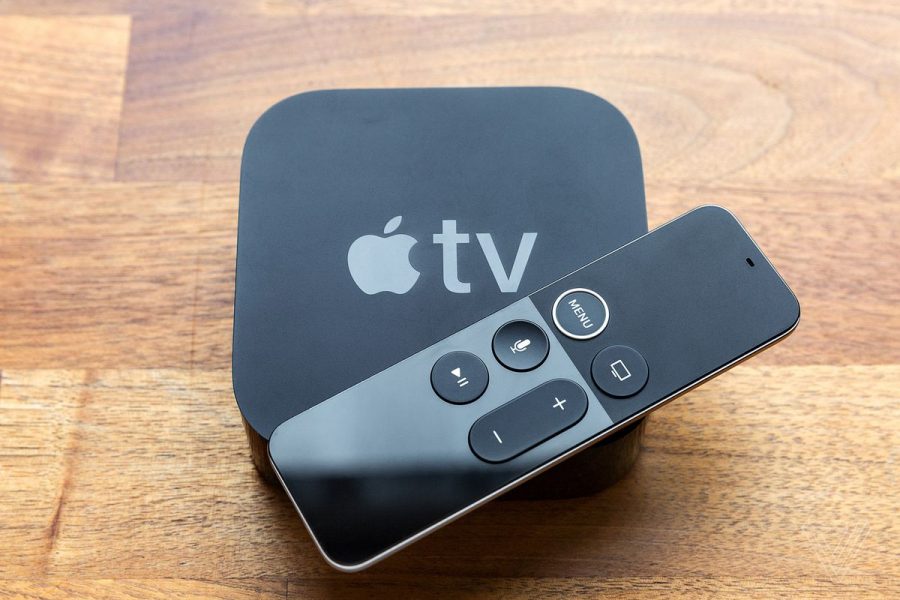 Above, new platforms like Apple TV continue to take over the streaming world.

Between Netflix, Hulu, Amazon TV, Apple TV, and Espn, the ongoing trend away from cable television is continuing to move forward. With the recent incorporation of Apple Tv that instantly hooks up to one’s television, the need for cable is dwindling each and every day. From prices being drastically lower to easier accessibility, the fight for consumers attention and viewership is starting to be a one sided battle.

Like many other families, my own has for a year now, gotten rid of cable, and switched to Apple TV. What this tiny yet extraordinary box does is incorporate different viewing platforms including Netflix, Hulu, and Hbo, and offers them to consumers for lower overall prices. Cole Smith (12), a newfound member of the no cable team, “love[s] how all the shows, and movies that I want to watch can be so much more accessible on either [his] Xbox, or [his] Apple TV.”  Not only are these new platforms on either Xbox, or apple tv more accessible, but they are cheaper and easier to use as well. From not having to keep switching inputs, to not having to keep track of multiple remotes, these new modes of entertainment are ones that are continually making a rise all over society, and in our country today.

Yet that’s another area in which cable is beginning to lose a lot of viewership and membership to. With Xbox and PS4 becoming a basic staple in everyday households, the easy accessibility of downloading different streaming platforms right on the game console, is something more and more people are starting to convert to.

Perhaps, what sparks this change in both attitude and that of viewership is due to the stark accessibility and also great longevity that these varied platforms have. From cable always glitching and having an abundant amount of problems, to having to pay for channels no one really wants, these new streaming systems and game consoles never fail to make one’s watching clean and always constant.

Brian Russell (10), “watch[es] Netflix, Hulu, and Hbo, while being able to play fortnite, and all these other games on the same platform. It makes it really easy to have all [his] movies, TV shows, and video games all in one place.” From forming an overall decrease in monthly payments by switching from cable to these other platforms, viewers are able to get more movies, shows, etc, and pay less monthly for their individual subscriptions to as many televisions one has in their house.