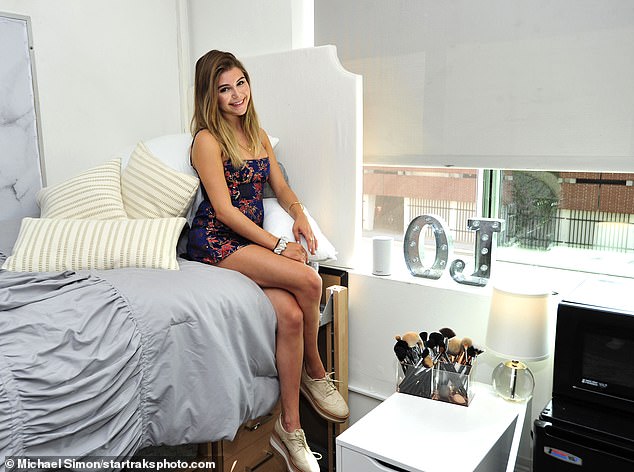 Olivia Jade Giannulli’s Instagram post promoting Amazon for decorating her dorm at USC, a post that she made money off of when she did not rightfully get into the school.

On Tuesday March 12th, the FBI charged 50 people for participating in a multibillion dollar scheme in rigging the college acceptance process in their favor. From paying off SAT proctors for extra time and correct answers to full on photoshopping their children’s heads on the bodies of athletes, these wealthy parents pulled all the strings they could to get their undeserving children into the college of their choosing.

The culprits include a variety of CEO and celebrity parents who have paid thousands of dollars for the education of their children. At the forefront of this scandal are actresses Lori Loughlin and Felicity Huffman. Proof was found that Loughlin paid about $500,000 for both her daughters, Isabella Giannulli and Olivia Jade Giannulli, to get into the prestigious University of Southern California. Huffman paid about $15,000 for her daughter to get extra time on the SAT.

Parents, teachers, and students alike were outraged at the news. Every year students around the country go through the heartbreak of not getting into their dream school after years of sleepless homework filled nights, SAT practice, and juggling various extracurricular activities and sports. Meanwhile the kids involved in the scandal haven’t worked half as hard as the kids who got rejected from elite schools.

More outraged was sparked when Loughlin’s youtuber and social media influencer daughter, Olivia Jade, made comments in an old video about how she does not care about school but wanted the “college experience” of partying and going to football games.

The individuals involved have definitely had their consequences. CEOs have had to step down in their own companies, celebrities have lost brand deals, roles, and other jobs. Many of them will have to appear in court to be charged officially.

Senior at Yorba Linda High, Alex Hindeleh (12) is  “not shocked but glad that people’s eyes are being opened to some of the faults in the college admissions system. It’s really disappointing that these privileged kids took the spots of hard-working individuals who didn’t have the same opportunities as the celebrity’s children throughout their lives. they had to work hard to get into a prestigious university and their spot just gets taken away by an under qualified rich kid whose mommy paid their way in.”

Another senior, Melody Saba (12), says that “it’s just another example of the clear divide between the rich and the poor in the United States and how more deserving students were cheated of their spots just because a student with more family money came along.”

This scandal elucidates the greed of those working in education and the corruption behind the admissions process. Now it will hopefully eradicate the corruption of the education system in America and award spots to students based on merit.