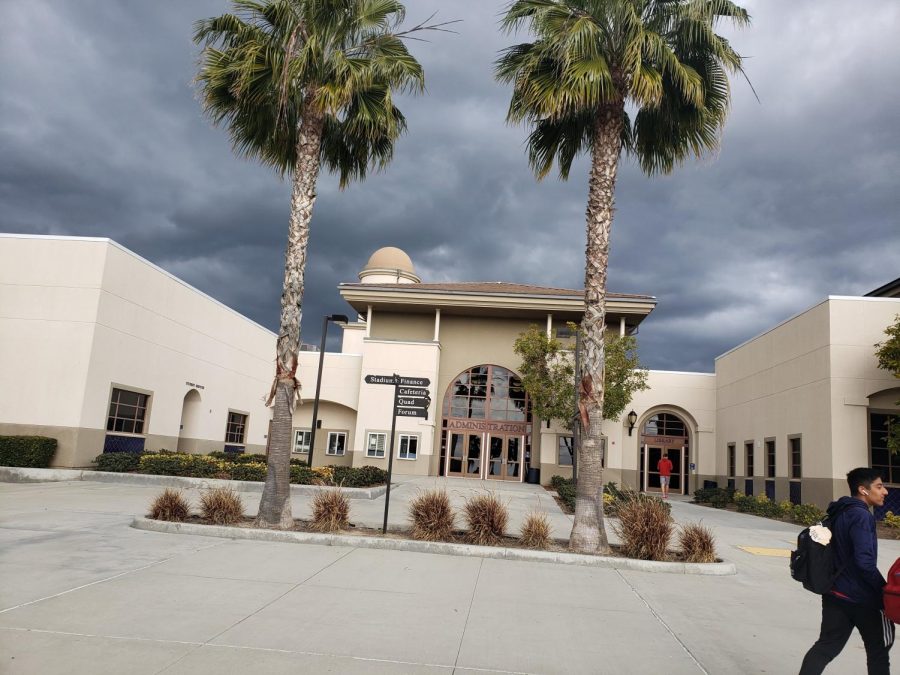 The stormy yet sunny sky in YLHS

On Thursday, February 21, Yorba Linda experienced a thunderstorm, heavy rainstorm, and had a little bit of snow. Although we won’t probably experience that kind of weather again anytime soon, it is still a pretty rare and irregular weather. Furthermore, we are not the only place experiencing this kind of strange weather.

Around February 12 this year, Hawaii experienced snow in Maui and it was recorded as the lowest elevation of snow. Las Vegas also experienced snow too. The last time they had snow was on December 17, 2008, over a decade ago. Many people could not believe that it was actually snowing because it was really not that common. Another surprising place where snow fell is none other than Los Angeles. There were also some weather reports saying that the highest was around 57 and the lowest degree was 29-32. There will still be more rain this month and there have been reports saying that March will still be cold and will bring the bitterness of winter. Francis Wiseman (9) said, “It’s so different from how it usually is. I don’t really like it that much.” Although these are only in the United States, there have been other countries with a much more serious problem.

Recently in Russia, there has been green snow and black snow in Siberia. The black snow reveals the tolls of coal mining. It is said that it’s harder to find white snow than black snow, which reveals the severity of this problem. This snow is toxic as it can bring down life expectancy and it also heightens incidences of tuberculosis, childhood cerebral palsy (a permanent movement disorder), and 15 types of cancer. Coal dust contains dangerous heavy metals like arsenic and mercury. The winds and rain have been one cause as to why coal dust have been spreading. The coal dust has also been revealed to trigger asthma, inflammation, lung cancer, stroke, and respiratory diseases. The green snow which has been falling in Russia reveals just how polluted Russia is and it is very dangerous as adults and children are required to wear masks.

With the weird and strange occurrences going on in the U.S. and around the world, it seems like spring is still far off. It’ll most likely continue to be cold in March and maybe even until April. Make sure to watch out for any types of unusual weather and stay safe.