A Storm of Biblical Proportions 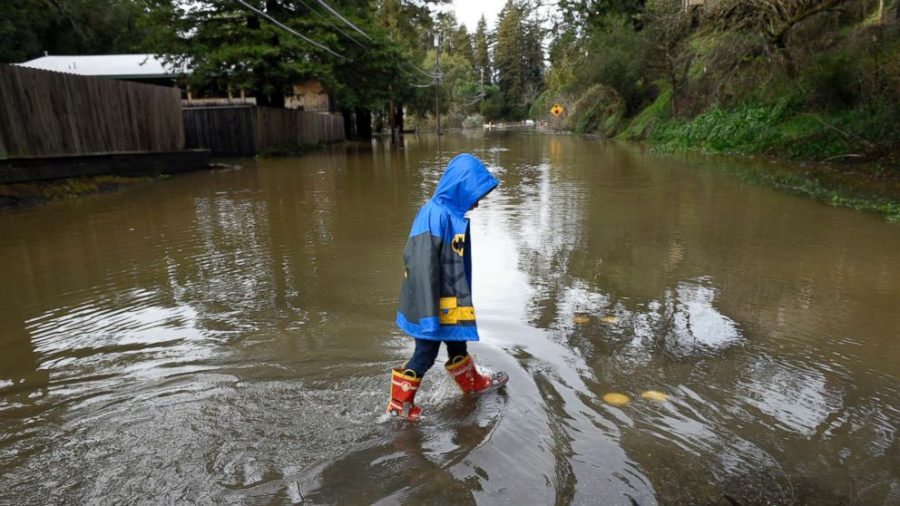 Recent rainy weather in California may be signs of a larger mega-storm.

Rainy days in southern California are a celebrated, rare occurrence. In fact, a day under sixty-five degrees is quite unusual. However, the recent four months have been characterized with nearly relentless rain and few days above sixty degrees. While puzzled Californians may chalk this weather up to long-deserved relief from the drought, scientists believe otherwise–that these are indications of a once-in-200-years mega-storm.

A recent U.S. Geological Survey reports experts imagining “flooding of biblical proportions”, according to the Los Angeles Times. The extent of the storm “reads like a Hollywood post-apocalyptic film script”, the survey reports. “Weeks of rain and snow are followed by catastrophic floods, landslides, and property and infrastructure damage which would cripple California’s economy.” Scientists call this hypothetical storm “ARkStorm”, which stands for Atmospheric River 1000 but appears to biblically refer to Noah’s Ark.

The heavy rainfall of the ARkStorm is predicted to cause enough damage to submerge multiple regions of California and overwhelm numerous dams which could cause immense damage, according to Newsweek.

The last time California saw a storm of these proportions was in 1861, during which “the region became impassable without a boat”, according to Newsweek. The U.S. Geological Survey even notes that these extreme storms are likely every 100 to 200 years; however, the ARkStorm isn’t California’s only meteorological threat–the state is also “predicted to experience a catastrophic earthquake within the next 30 years.”

The ARkStorm, which would flood unimaginable amounts of urban and agricultural land, is predicted to cause infrastructure damage which may cost more than $725 billion, according to the Los Angeles Times. To put this into perspective, the storm could cause enough damage to triple the effects of a major earthquake down the San Andreas fault.

The threat of such a catastrophic mega-storm is so unusual for the sunshine state of California that many, including Jessica Miyahira (11), simply don’t know what to think. “I know we’ve been getting a lot of rain recently, but I never imagined it could turn into a superstorm. That’s pretty scary, and as much as I love the rain, I hope we can catch a break with some sunny weather soon,” comments Jessica.

While California’s typical eighty-degree weather is sure to return soon enough, its residents should still be prepared for the ARkStorm.