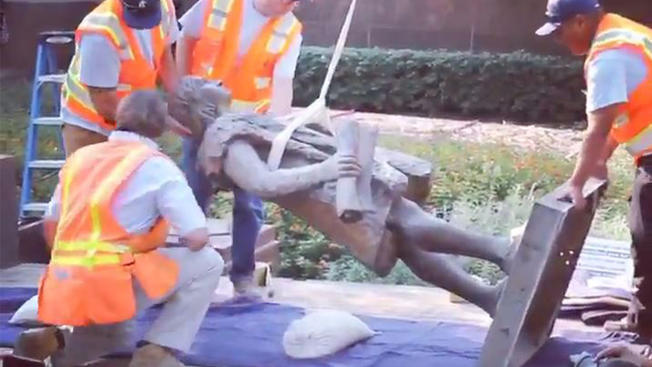 A statue commemorating Christopher Columbus was taken down in Grand Park.

On November 10th, a Columbus statue that has stood for 45 years in the Grand Park in Los Angeles was taken down. The statue has been a controversial history for a while. Supporters called the removal of the statue a “restorative justice.”

The date is especially significant given that Thanksgiving holiday is just around the corner. Thanksgiving is famous for historically depicting the gracious actions of Native Americans in assisting the colonists who were struggling to survive.

More than removing the statue, city official O’Ferrell has advocated for the deaccession of the statue altogether so it would not have a place in a museum. O’Ferell stated that decassesion would be “eliminating the false narrative that Columbus was a benign discoverer who helped make this country what it is.”

The city has also expressed intentions for replacing the statues and have contacted Native American Organizations to make a recommendation on what statue should replace the Columbus one.

The removal of statues honoring people with atrocious actions have not been isolated incidents. Recently, in the South, similar actions have been taken to remove statues of confederate generals during the Civil War.

For now, the Los Angeles County Arts Commission stated the statue will remain in storage until further decisions have been made.