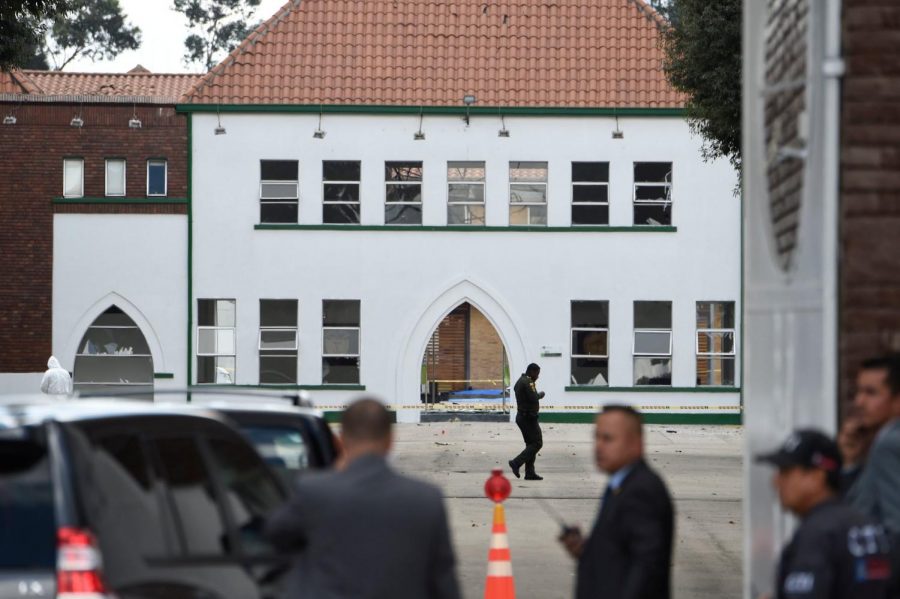 A car bombing occurred at the capital of Colombia when a car entered a police academy and exploded, injuring upwards of 50 people with confirmed 21 deaths.

Authorities are still unsure who exactly is behind the miserable attack and nobody has claimed responsibility for the attack; however, primary suspects of the case are rebel groups. Bogota was a member of Colombia’s largest rebel groups. Reportedly, ever since the rebel group Revolutionary Armed Forces of Colombia signed a peace deal with the government of Colombia, the rebel group known as ELN, National Liberation Army,  has ramped up attacks on the government. While violence such as bombings and murdered have been on the decline for the past nine years, this new attack is just another one in a series of attacks from ELN. Last January this same rebel group killed 5 police officers and wounded 40 more on an attack against the police station in the city of Barranquilla(New York Times).

Officials stated that this ends all negotiations with the rebel group ELN. Although some suspect that the bombing was a ploy to sabotage all possibilities of reaching peace through negotiation.

The bombing was carried out with a vehicle. A grey Nissan Patrol entered the academy during a ceremony to promote the cadets. The vehicle then stopped at the guard’s checkpoint. Then, the assailant accelerated and crashed into the wall, setting off the explosive device inside the car.

A nearby witness stated that when the Car exploded it destroyed nearby car and building windows. Saying it felt like “the end of the world.” Others reported that the blast was so powerful that it felt like an earthquake.

At the time of the attack, President Duque was in the Western region of Colombia, however, after the attack, he rushed back to the capital. The President labeled this a “terrorist” attack as well as “an attack on society.” President Duque also stated that Colombia has never yielded to terrorism and this incident is no different.
Daniel Choi(12) was sad to hear the attack because “it is always miserable when a terrorist group carries out an attack to send some message instead of using peaceful negotiations to resolve issues. More and more innocent people are killed in senseless violence such as this.”