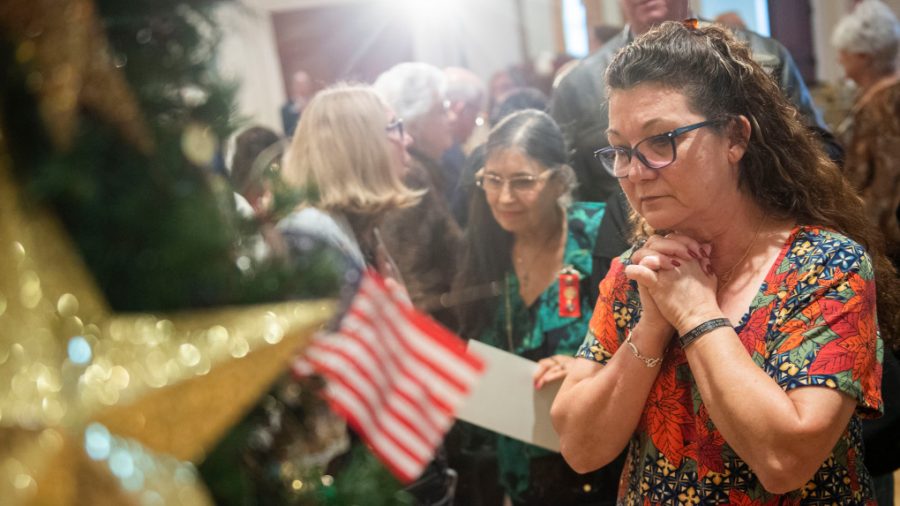 Family members received their own ornaments in honor of those who have passed away in duty or those who are currently serving in the army and cannot make it home for the holidays. The ornaments included “military dog tags including service people’s names and positions” (OC Register). After the ornaments were handed out, the decorations were then hung on the tree by the families. The tree itself will be up until January for visitors of the presidential library. The event was organized by retired Air Force Colonel Wayne Scott.

Many events like these are supported by the Richard Nixon Foundation. The foundation is responsible for numerous charitable community activities, the preserving of the Richard Nixon Presidential Library and Museum, and keeping the legacy and son of Yorba Linda.

One notable event that brings many visitors to the Richard Nixon Presidential Library and Museum is Richard Nixon’s birthday on January 9. This year, President Nixon would be 106 years old. Because it is his birthday, the museum and library admission is completely free of cost. A memorial wreath sent from the president is placed on Nixon’s burial ground. This event brings many tourists and visitors from the Orange County area to Yorba Linda.

The library and museum have had a great impact on Yorba Linda as a whole. Nick Deang (11) thinks that “the library is good for the publicity of Yorba Linda and it also brings Yorba Lindans together”. The tree dedication, President Nixon’s birthday, and other charitable events hosted by the Richard Nixon Foundation make Yorba Lindans proud to come from the ”land of gracious living”. As the foundation continues the legacy of the 37th president, the jewel of Yorba Linda, Richard Nixon, will never grow dull.