STORYTIME: How YouTubers Make Their Money 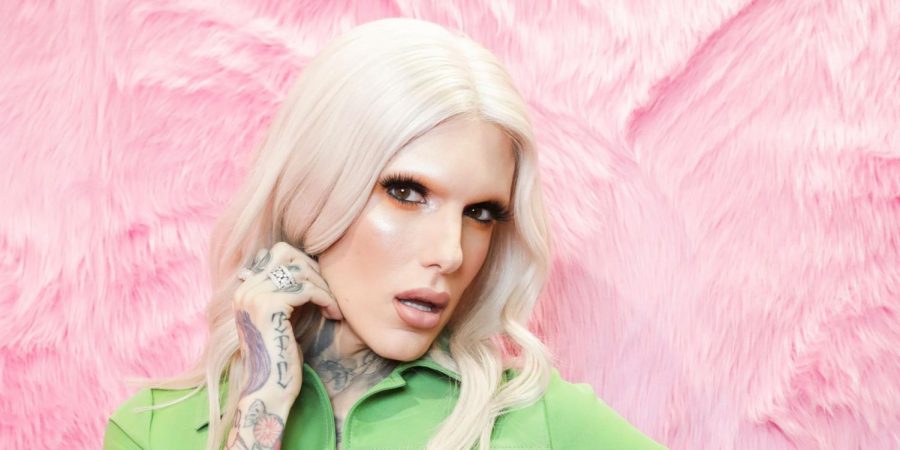 Pictured above is famed beauty guru Jeffree Star, known for not only being active with his channel but also running multiple other business to earn profit including his famous cosmetics brand "Jeffree Star Cosmetics."

YouTube, created in 2005, has been one of the primary sources of entertainment for literally the past decade. In its early years, content would roll out onto the website and occasionally go viral, sparking interest between numerous individuals. However, as time went on, those one hit wonders who would enjoy their five minutes of fame and move on slowly, but surely, evolved into a steady career that people can pursue.

But how does one make an entire living off of making videos for YouTube? A huge fan of YouTube, Malieka Khan (11) states, “I find it pretty interesting that in YouTube’s early days the best that could happen is you’d go viral for a maximum of about a month. Now, it’s completely different. You can only really call yourself a ‘YouTuber’ if you make a good amount of money off of what you do. I mean, do we even need to talk about Jeffree Star?”

It seems as though as long as you possess a certain and appealing personality, you can pretty much go from rags to riches through YouTube. The list below is a small compilation of ways and descriptions to accompany about how to make money off of being active on YouTube.

This one is a no-brainer. While at first, this was a good way for YouTubers to earn their money, that suddenly isn’t the case anymore. The system used to be that for every thousand or so plays on a YouTube video ad, the creator would earn about $1-$5. But now, YouTube takes about 50% of the total revenue generated off of that ad (Newsbeat).

For an estimate, if a video were to say, reach a million views, the ad placed before the start of the actual video might produce around $1,000-$5,000.

It’s almost impossible to stumble upon creators who haven’t launched their own merch line yet. Items such as hoodies, shirts, wristbands, hats, posters, and even phone cases are a sturdy way to earn profit in the video-making scene. YouTubers such as beauty star James Charles are notorious for creating merchandise out of past scandals, such as his “Flashback Mary” hoodie.

Influencers such as Jeffree Star are known to be extremely wealthy not only because of their online careers, but because they chose to create a business in which they understood their platform could do an extraordinary job at promoting. At the same time Jeffree Star creates beauty-related videos, he also manages and runs his multi-million dollar cosmetics company full-time. Other YouTubers, such as Manny MUA and James Charles, formed partnerships through the brand Morphe and have been launching various palettes and makeup tools in order to boost their reputation and ratings.

Influencer marketing is a somewhat new technique that many creators have started to lean on in terms of earning revenue. It’s the process of promoting or advertising for various types of brands on the platforms of influencers. Whether it’s briefly mentioning the brand/product in question at the beginning of a video or completely endorsing it on their Instagram, influencer marketing has definitely taken the creator world by storm.

Definitely one of the lesser known methods to earning profit, Patreon is a program in which fans can donate to their favorite creators. Although the site takes 10% of the money, the YouTuber gets the rest (Bustle). Allegedly, some YouTubers earn more money utilizing Patreon than they do earning their actual paychecks.