Schooling Around the World 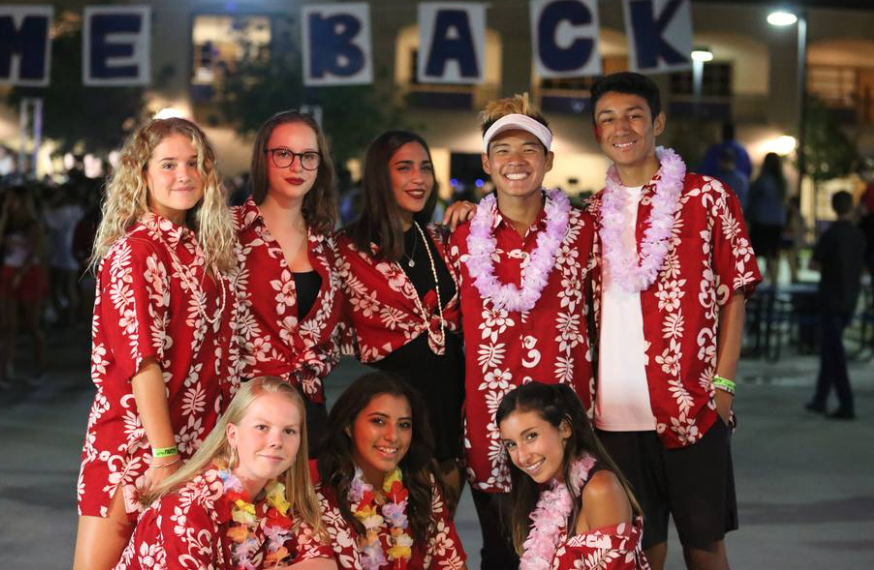 Some of the foreign exchange students this year at Yorba Linda High School dressed up in Hawaiian shirts with their friends on campus.

One main reason that foreign exchange students are attracted to our school is because of its location. YLHS is the perfect distance in between the beaches and LA, a big city that many of the students were attracted to. It is also very easy for these students to come to America because they have been learning English since Kindergarten. Almost every millennial in Europe knows how to speak English. The US cannot say the same when it comes to their millennials learning different languages.

Another big reason that the students chose YLHS is because we are one of the only schools that offers a foreign exchange program in the district. Many schools do not allow it, but ours does.

So, what are the main differences between the United States schools and other schools. One big one is that other countries do not have as many clubs and extracurricular activities as we do. They do not have a club rush in the beginning of the year and they also do not have groups on campus like band and choir. If a students wanted to join these organizations they would have to do so outside of school.

Another difference is sports and athletic programs. In America, sports are really hyped up. Everyone goes to the games to support our school teams, especially football. In other countries, there are not as many sports that we have. In fact, football is all together nonexistent. Their futbol is soccer. According to Savannah Pietsch, she says the she has seen them at our football games and “in the beginning they looked confused, but now [she] thinks they really like it.”

Lastly, one other main difference is what our schools and foreign schools are being taught. This may be a surprise to many, but Americans are awful at geography. Could you read the sarcasm in that sentence. Americans are awful at looking at a map and knowing where a country is anywhere other that North America. In Europe, most students have a pretty good understanding of the map and have a pretty good understanding on where everything is.

All in all, these are some of the many differences between the American schooling system and foreign schools.