All Four the Switch: The Pros and Cons of a Four Day School Week 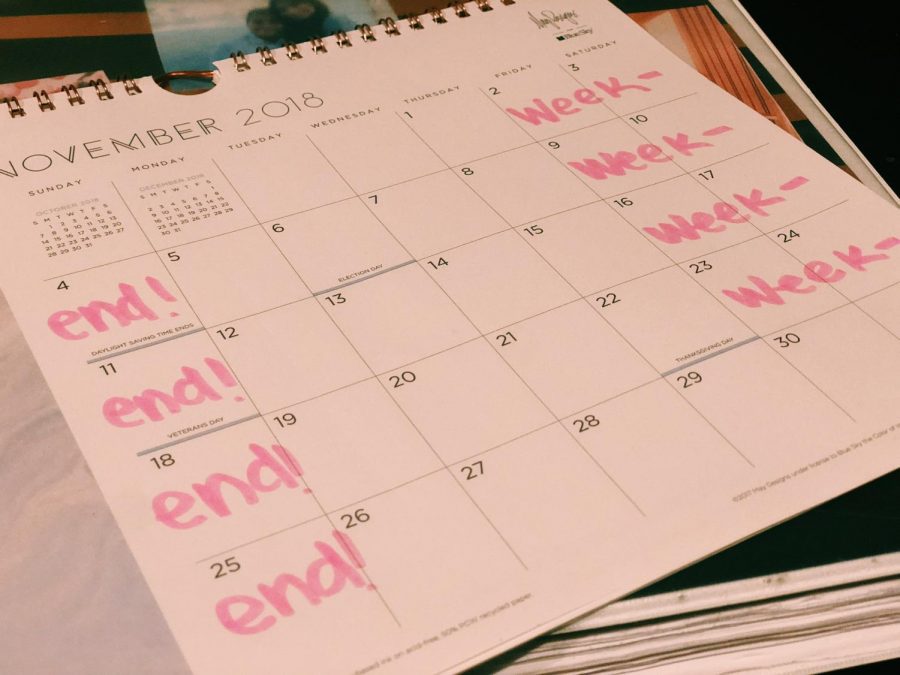 A four day school week has become an increasingly popular trend amongst school districts in the United States.

Most students look forward to a three day weekend. Who wouldn’t want an extra  day of being stress free? In some districts across the U.S. three day weekends have turned into a weekly occurrence with districts around the country adopting the new schedule.

The concept can be traced back to the 1930’s in South Dakota where districts toyed with a shorter school week. In the 1980’s it gained more notoriety during the gas crisis which had inspired many to come up with cost efficient ways to save fuel. After the gas crisis of the 70’s and 80’s came to an end, many schools went back to a five day schedule, yet some districts chose to keep a four day system.

Students are required to be in school for a certain amount of hours, not days. In states like Colorado, where the four day week is most popular, students have longer school days but as a result they receive longer weekends. So far, 25 states have districts that have adopted this layout (Big Think).

This change also proposes an issue for parents who work five days a week. Parents who depend on having their child in school while they are at work would have to find alternative care for their child on the extra day they are not in school. This may not affect high school students, because they are older and able to be more independent, but it affects elementary and maybe junior high students within that district.

Some also argue that with longer days students may grow tired and become less focused. On top of that, they have three days to unlearn whatever they had learned throughout the week due to the disruption of a three day weekend.

However there are positives to making this change. Districts across the country are able to save money by switching to this schedule. According to the Colorado Department of Education, costs such as transportation and food are cut by around twenty percent. Money is also saved because of cutting down on utilities and staff costs (Big Think).

When asked how they would feel about the PYLUSD district converting into a four day week district, Seven Gutierrez (12) says that, “converting to a four day school week would be amazing because the format makes more sense in terms of how students are able to learn.” Nellie Pinkevich (12) also feels that, “it would be a beneficial change because students would be able to have more of a life outside of school.”

It is clear that there are both pros and cons to making the switch. Some districts in California have switched over, so it is not impossible that Yorba Linda High students could encounter the four day week in the near future.