Immigrant Caravan on Its Way to the Southern Border 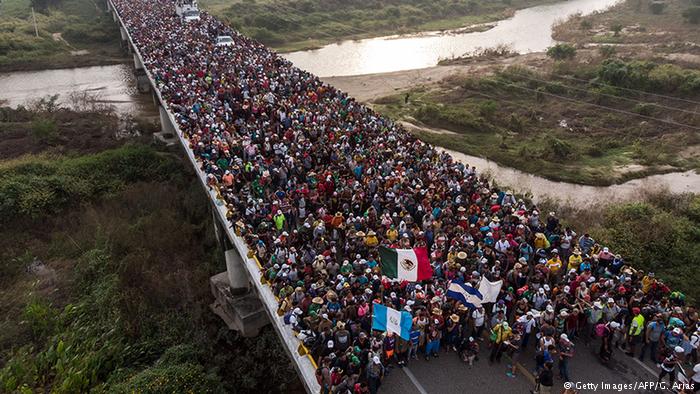 Caravan on its way to the US border for asylum.

A caravan of thousands of migrants is on its way to the US Southern border from Central America. The reason being, according to BBC, is to escape their home countries and a life of poverty, violence, and persecution.

The caravan first began around October 12, when 160 Hondurans prepared to leave the crime-filled city of San Pedro Sula for a dangerous journey to the US. They had been planning this journey for over a month, desperation for employment and safety driving them to continue. As they traveled north, more migrants wishing to escape their homes joined in, leading up to the thousands of migrants they have now.

“It’s our dream to reach the United States, we want to give our children a better future and here, [in Honduras,] we can’t find work,” one mother of two told their local newspaper, El Heraldo.

Trump intends to send 5,200 troops to guard the border and prevent the migrants from “invading,” as he puts it.

However, some striking news has appeared on The Blaze, a show hosted by Glenn Beck. He received an email from a Honduran, claiming that Manuel Zelaya, the former president of Honduras, has told these migrants that America must take them in because of an acclaimed past support of a policy that Zelaya believes caused Hondurans’ misery in their country.

Unfortunately for them, that is simply not the case. Unless they can make a case for needing asylum, as Trump has stated, they will not be allowed to pass the borders and be sent back to their country of origin.