Nikki Haley, US Ambassador for the UK, Resigns 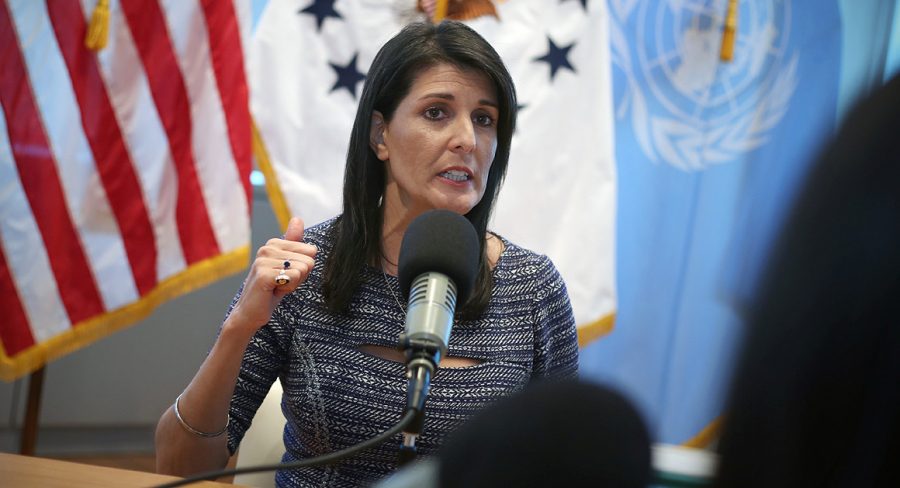 Nikki Haley is a beloved figure by members of both the left and the right.

The UN Ambassador, Nikki Haley, resigned from the Trump Administration just last Tuesday on October 13. President Trump has announced that she will be leaving her post by the end of this year.

During the announcement, Trump also reported that Haley had told him six months ago that she wanted “to take a little time off.” Now, she is finally getting that break she wanted.

According to CNN, Trump was the only one she had told prior to the official announcement. Both Senator Mike Pompeo and John Boltron, White House national security advisor, were shocked when they heard the news of her departure. Nearly all of the senior administration officials were taken completely off guard. Haley had been one of the few officials to be on good terms with Trump, only being replaced by her own terms and not by being fired.

Because of their, and many others’, surprise, there have been suspicions that her timing is more than a mere coincidence. Given the upcoming midterms, many in the Administration question why she decided to announce this only four weeks before the election.

Some speculate that she may be planning on running against Trump for the presidency in 2020. Quinnipiac University released a poll showing that her approval rating is 24 percent higher than Trump’s, making it 63 percent of American voters. However, she has announced, according to the Kentucky Kernel, that she will not be running, but will be campaigning for Trump once the next election comes around.

According to Care 2, many people, particularly conservatives who never fully got on board with Trump, were devastated. They had viewed Haley as a crucial voice of reason for both Trump and his administration. Even conservative speaker, Ben Shapiro, made a post on his show, The Daily Wire, exaggerating a long “Nooooo.” She was even popular among many Democrats, quite a feat in today’s world of politics.

As for who will be taking her place once the year is over, CNN reports that Trump has yet to announce who he wishes to appoint, but will be naming his appointee in the UN in two to three weeks. In these coming weeks, he will be seeking advice from his advisers so that he may make the best decision on who could live up to Haley.