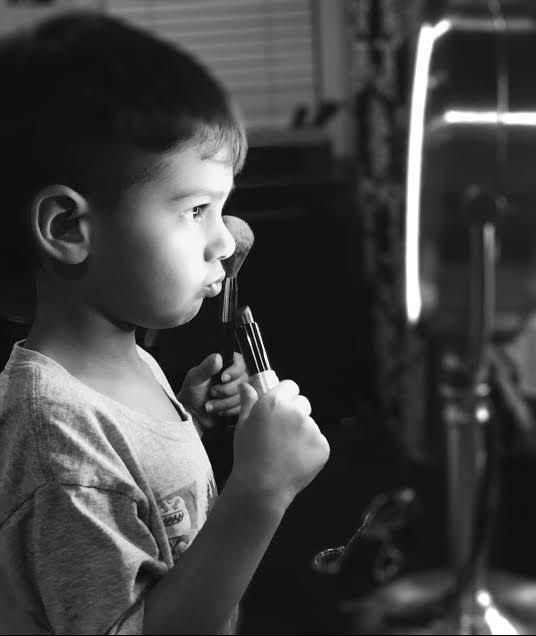 Boys wearing makeup has become more normalized in our society.

In recent years makeup has become a huge part of our culture, and everyone gets to be included. Enormous beauty brands such as Covergirl, L’Oréal, and many more have been breaking the gender mold and have been placing men at the center of their advertisements to promote equality. Some may even say the normalization of men wearing makeup is revolutionary.

But men have been wearing makeup for centuries, dating as far back as 3000 B.C in Asia to signify their status. The Romans were also known to paint their heads in attempt to disguise premature baldness. Cosmetics for men also became prominent after Elvis Presley and John Travolta were among a few to lead the trend of male vanity (charlottetilbury). If they have been wearing for makeup for so long why is it revolutionary now?

The way cosmetics and other “beauty” products were advertised to men back then, was to promote and enhance masculinity. Now makeup is advertised for both men and women in the same way. Now, if a guy wants to put on false lashes or wear vampy purple lipstick he is encouraged to!

This is not a common theme amongst just older men, many popular influencers known today have started in their early teens. Well known beauty influencer, James Charles, started his career at 17, becoming the first “Coverboy” for the brand, Covergirl’s, campaign in 2016. In just two short years, Charles has amassed approximately nine million subscribers on YouTube where he shares his makeup tutorials with the world. James Charles is one of many male beauty influencers today who started at a young age.

It is clear that makeup on men violates serious gender roles, and as a society is that beneficial? Some encourage the movement with open arms, such as Caleb Gonzalez (12) who believes that “disassembling masculinity is good for society” and that “by breaking gender roles and being more accepting the world would be a much better place.”

On the other side of the spectrum people have different views in regards to whether or not boys should be encouraged to go into the beauty industry. Hailey-Jean Tustison (12), a makeup fanatic, thinks that men should not be encouraged because “having structured gender roles is natural and allows balance.”

Some people such as Bryce Carter (12) have not been paying close attention to how men have been integrated into the beauty community recently. However, he thinks that it is “interesting but a bit strange to see such drastic changes in our society and it is cool that anyone can do what they want and it can be accepted.”

Men being encouraged into the beauty industry is one of many examples of how our society has increasingly become much more accepting to breaking down previous social institutions. Maybe it is time to allow men to feel beautiful too.