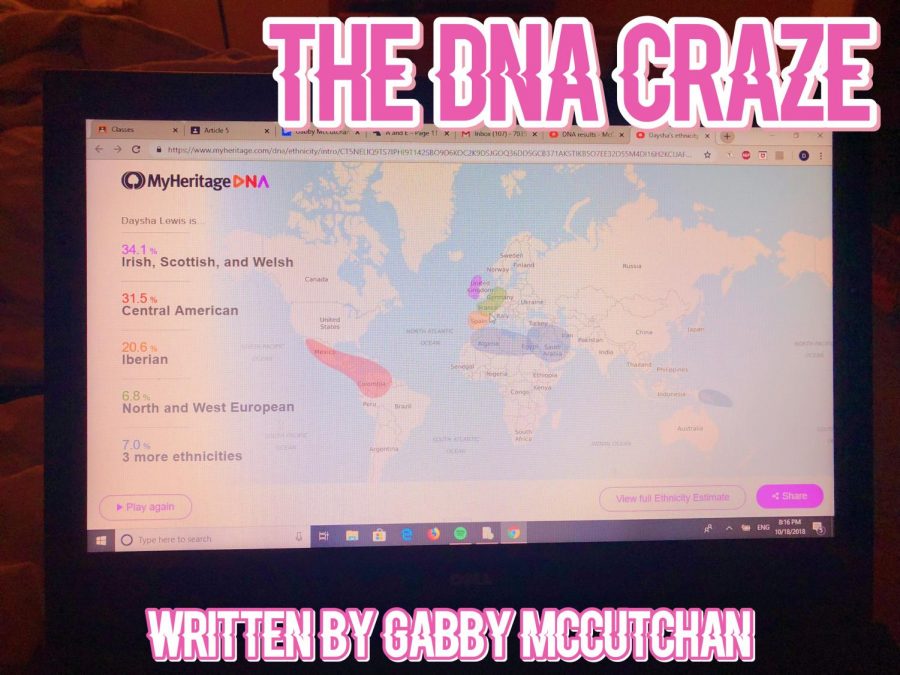 DNA Testing has taken the world by storm, with countless amounts of people who are finally gaining access to uncover their origins with companies whose sole purpose is to provide their customers with confirmation about their ethnicity.

Out of all the trends to occur throughout 2018, one of the most prominent and long-lasting has to be DNA testing. A sudden rise of learning about one’s own ethnicity and origin of race has taken the world by storm over the past few months, with people constantly running around to uncover where their origins lie.

Companies such as MyHeritage DNA and 23&Me provide their customers with packages that contain instructions along with a small tube to spit into. Once the user has spit into the provided test tube, they’re instructed to repackage the box and send it back to the company. After about one to two months, they receive an email that sends a direct link to your ethnicity results. Whether or not the results are shocking all depends on your previous presumption of what your ethnicity is.

My personal experience with DNA testing had me both sighing of relief and gasping out of shock at the same time. Being an adopted child I was never exposed to any culture that held real value to me, and because I never knew my ethnicity as a kid I never felt like I belonged to a certain group of people. When my parents decided to let me discover my origins, we had a collective sense as to what we thought my results would be. We guessed that I would be halfway down the line between English and Mexican, however when I received my results about a month later I was startled to realize how accurate and detailed they were.

About 35% Irish, Scottish, and Welsh, 31% Central American, 20% Iberian, and 16% a mingle of other races, these results weren’t heart-shaking enough to have me question my entire being but they were shocking enough to leave me staring at the screen in awe for a couple of hours. It was crazy how accurate the conclusions are, and how precisely the information is gathered to form an interpretation.

It makes sense to be skeptical at the beginning. You’re paying a company $70 to allow you to spit into a test tube, send it to them, and then receive some link about a month later that magically has your results. I was wary of this process as any normal-minded person should be, especially when I began to receive notifications about people across the world who “share” some of the same DNA that I do. I promptly ignored these notifications until I saw something strange. My great uncle, who has previously tested his DNA with MyHeritage DNA unbeknownst to me, had shown up as #1 under the category of “Shared DNA.”

I’m still unsure as to how many people in that list really do hold some sort of connection to me, but when the company accurately labeled my great uncle as either “2nd-cousin” or “Uncle,” this was when my eyes stayed alert.

DNA testing has become such a trend that it really isn’t too difficult to find people on the YLHS campus who have access their racial background. Jade Phillips (11), talks about her experience with DNA testing, “Although I already had an idea of what I was coming from my mom’s side, my dad’s side was a different story. All I knew was that I had some German heritage and that was it.
“I think my results were accurate, what I read from my results mainly just built upon things that I already knew about my heritage. I think everyone, deep down inside, has a natural want to discover their exact ethnicity, even if we don’t all openly admit it.”
When asked if the discoverance of her origins has changed her day to day life, Jade responded with, “Other than simply confirming what I already knew, it doesn’t affect my day to day life. My life wasn’t changed to find out that I had different ethnicities than what I already knew, but I will admit that it was extremely fascinating to delve more into the information provided to me about my DNA, and I would most definitely recommend DNA testing for those who are curious about their race.”

There’s currently a large debate on whether or not getting one’s DNA tested provides accurate and trustworthy results. Putting this aspect of it aside, getting your DNA examined not only gives you a better understanding of where your ancestors came from, but it also makes your world bigger- and smaller, at the same time.