Should We Really #BelieveWomen? 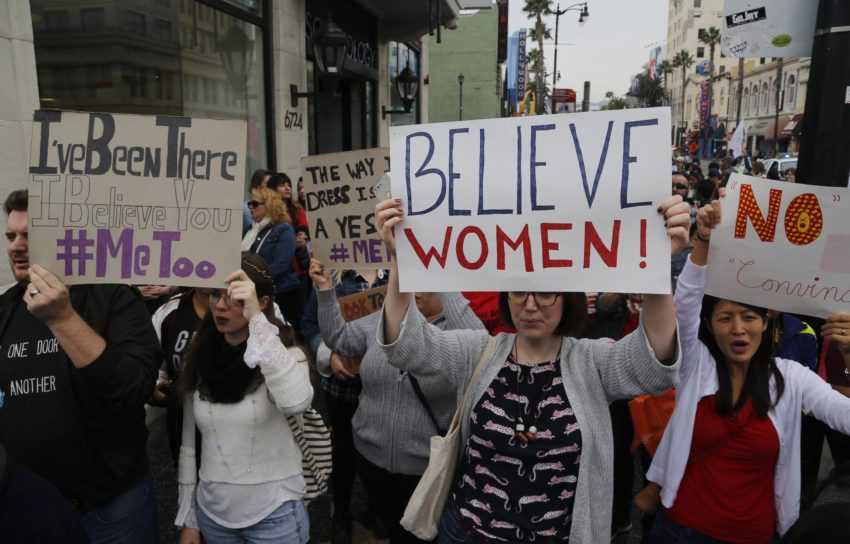 Feminists march to protest Kavanaugh in support of Ford.

After all of the craziness with the Kavanaugh accusations with Ford, it only makes sense that the public would react. In light of Ford’s claim, many people have been adamant about supporting women’s rights and stop the silencing of women who have been sexually assaulted or raped. The #MeToo movement became widespread not too long ago because of something like this: to let these victims share their own story and be heard.

Now, with the recent events with the Kavanaugh and Ford hearing, a new movement has begun: #BelieveWomen. Unlike the MeToo movement, this one focuses on not silencing or dismissing women who come out and reveal their stories.

And unlike the MeToo movement, this one is utterly ridiculous.

The hashtag, while the exact creator isn’t known, was developed by leftists in response to Ford’s accusations against Kavanaugh being denied by the republicans. Unsurprisingly, most of the participants are women, many of which were victims of sexual assault and/or rape. They are tired of telling their experience and not being believed or being too afraid to reveal it to an unsupportive world. The idea behind this is that women must be believed when they tell their stories. No matter what, no exceptions allowed.

And that is the problem here.

Now, I have no issues with victims wanting to be believed. Having their stories denied or disregarded outright should not happen under any circumstances. Any woman, or man for that matter, should be heard and given a fair chance to bring awareness to the horrendous crime done against them.

However, that does not mean that any victim should be believed right away. The idea that female victims should be believed simply because they are women is absolutely absurd. Why should anyone’s word be taken with absolute certainty because of their gender? To me, it seems to be rather hypocritical of the left, making assumptions purely on someone’s gender, especially considering they are the ones calling the right sexist.

What we should do instead is take these testimonies into account and wait for due process to occur. That is the way of this country: innocent until proven guilty and using due process to prove the accusation to be true. But what this movement and the left are trying to push is guilty until proven innocent. Believe the accuser and lock up the accused, even if the accused may be completely innocent.

Unfortunately, it is rather hard to prove any accusations made for sexual assault or rape in the first place. That is simply the nature of the crime. It’s not like murder or theft that can be traced upon close inspection; the only thing investigators can go on is interviews of the accuser and accused, as well as any addition people both parties can provide, such as in Ford’s case. But then it just becomes “he said, she said,” which is very unreliable, even under oath and penalties. This is especially true in the Ford and Kavanaugh situation that occured just over thirty years ago. Whether or not the allegations are true, thirty years is a long time to try and remember one high school party, not to mention one that they were supposedly drunk at.

But just because these cases are hard to prove, it does not mean that the accusers should be automatically believed without question. It’s common sense that people lie. Considering that women are people, they are no exception to this.