Is School Too Stressful? 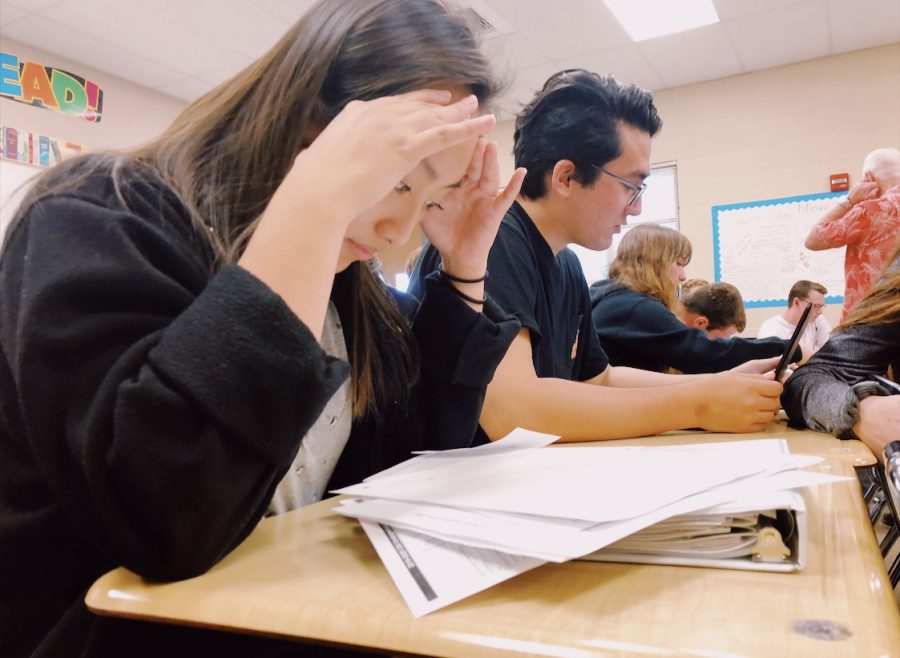 Athena Kieu (12) stresses over her workload for the week

With the pressure of maintaining above a 4.0, community service, extracurriculars such as clubs or an art or a sport or all three to just barely compete with thousands of other college applicants, school can get extremely stressful. According to research conducted by the Department of Health and Human Services in 2015, about 3 million teens ages 12 to 17 had had at least one major depressive episode in the past year (Time). Everyone goes through it, but does that mean it’s healthy?

Today more than ever, school has been extremely stressful. Colleges have become more competitive in every aspect. Students are constantly competing for opportunities such as scholarships or just getting into their dream school in general.  Some may argue that healthy competition is not harmful but statistics prove that too much of it is becoming detrimental to students’ mental and physical health.

The stresses of not only being well-rounded and perfect but also having that defining characteristic that sets one apart from all the others is a lot of weight on one person. Two million students report the depression they have developed from stress impairs their daily functions. 6.3 million teens report having some sort of anxiety disorder (Time). It can range all the way from depression to self harm to suicide. These numbers are also only the reported cases of anxiety and depression caused by school, who knows how many more there could be?

Not only are one’s mental health affected, but the stress from school can impair one’s physical health as well. When stress is consistent then it turns into chronic stress which can cause one’s immune, digestive, sleep, or reproductive systems to deteriorate and stop functioning properly (National Institute of Mental Health).

It seems like almost everyone agrees that school has become extremely stressful. Melody Saba (12), in agreement with these statistics, states that she is “not surprised at all” and that she herself “has been extremely overwhelmed by school.” Salma Almoradi (12) feels similarly stating that she feels like she is “constantly under pressure to be juggle having good grades, being involved, and enjoying her high school experience.”

Even our own school seems to be overtaken by the stress epidemic. It is truly remarkable how such a short period of time in our lives seems to determine our future and how we let the stress of being perfect ruin our lives.