A Series of Unnecessary Events 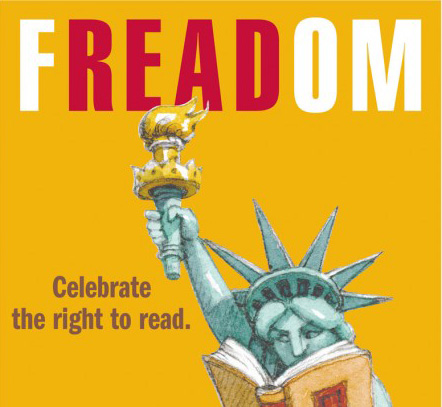 The last week of September marks the end of summer, the beginning of cold weather, and, since 1982, the annual Banned Book Week. Banned Book Week honors the freedom of expression and is celebrated by booksellers, publishers, and librarians everywhere, including YLHS library’s Ms. Phillips (Staff) and Ms. Yoshinaga (Staff).

The top ten banned books for 2017, according to American Library Association, are Thirteen Reasons Why by Jay Asher for themes about suicide; The Absolutely True Diary of a Part-Time Indian by Sherman Alexie for themes about poverty and alcoholism; Drama by Raina Telgemeier for its “confusing” inclusion of LGBT characters; The Kite Runner by Khaled Hosseini for themes about sexual violence; George by Alex Gino for its young transgender character; Sex is a Funny Word by Cory Silverberg; To Kill a Mockingbird by Harper Lee for its violent and racial themes; The Hate U Give by Angie Thomas for its vulgar language; And Tango Makes Three by Peter Parnell and Justin Richardson for featuring a homosexual relationship; and I Am Jazz by Jessica Herthel and Jazz Jennings for addressing gender identity.

While Banned Book Week first commenced as recent as 1982, books have been banned throughout the centuries. The first official banned books were listed on the Catholic Church’s Index Librorum Prohibitorum, or Index of Prohibited Books, that was published in the sixteenth century by the Council of Trent and Pope Paul IV in response to the Protestant Reformation during the time. This index was maintained until 1966.

Despite the First Amendment guaranteeing freedom of press, the United States of America have also banned books; the first book to be banned, according to Literary Hub, was Uncle Tom’s Cabin by Harriet Beecher Stowe, which controversially exposed the inhumanity of slavery. Today, books are not officially banned, but “challenged”, most notably for racial issues, encouragement of damaging lifestyles, profanity, sexual situations, violence, witchcraft, religion, political bias, or age-inappropriate themes, according to Butler University.

The most banned books of all time include the Bible, the Communist Manifesto by Karl Marx, The Adventures of Huckleberry Finn by Tom Sawyer, Brave New World by Aldous Huxley, Of Mice and Men by John Steinbeck, The Catcher in the Rye by J.D. Salinger, Lord of the Flies by William Golding, Green Eggs and Ham by Dr. Seuss, The Anarchist Cookbook by William Powell, the Harry Potter series by J.K. Rowling, The Perks of Being a Wallflower by Stephen Chbosky, The Da Vinci Code by Dan Brown, and Fifty Shades of Grey by E.L. James.

Some books have banned for very ridiculous and almost humorous reasons. Little Red Riding Hood, for example, was condemned for displaying a bottle of wine in her picnic basket, while The Diary of Anne Frank was banned for being “too depressing”, according to Barnes & Noble Reads. Alice’s Adventures in Wonderland was banned in China for giving animals human dialogue, and the Harry Potter series was prohibited for featuring witchcraft.

Sarah Mayans (11), who has read a few of the banned books listed above, comments, “I’m always surprised by what people choose to hate about certain books, but the one about Harry Potter definitely made me laugh.” Banned Book Week is an excellent way to highlight the dangers of censorship while celebrating all kinds of literature.