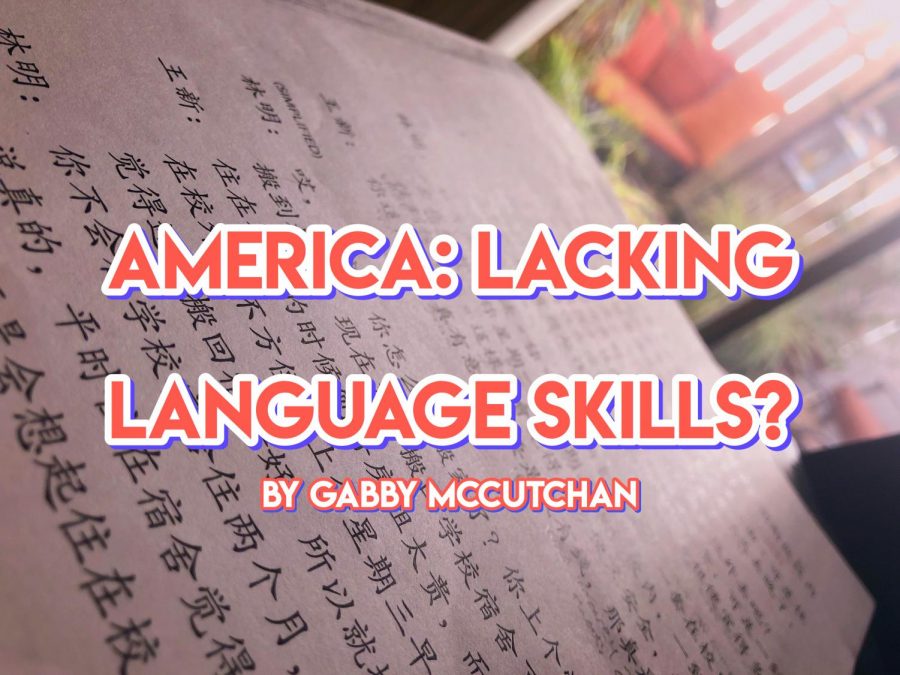 America has been missing out on the physical and mental benefits of being bilingual by choosing to hold off the utilizing of foreign language instruction until high school.

Foreign language. What are the benefits of learning one? Why spend years attempting to perfect a tongue that you might not even apply to your own life? Why learn a language if you’re going to forget it the second you stop practicing? We live in America, and the majority speaks English. So why bother?

The thing is, we should bother. Not only are our test scores amongst the worst in the world, but most of us graduate high school still fluent in only one language, English. Look at any other school outside America. A majority of students graduate school being fluent in at least two, if not more, foreign languages. Emily Chen (11) a student from Taiwan, who has been learning English since she was young, vocalizes her opinion on the matter saying, “I think it’s better to learn other languages when you are younger because you learn them faster.”

Why do schools in America only begin teaching foreign language during our high school years? If you’re lucky, the middle schools in your area might have a program or two for the purpose of teaching language, but rarely are they found in the grand scheme of things. The best age to learn a foreign language is around 3 or 4, and the research behind this notion is more than compelling.

According to a study conducted by Harvard University, a child’s creativity, critical thinking skills, and mind flexibility is notably heightened if a child delves into the world of language at a younger age. The years of preschool, which are typically between the ages of 2-4, are a vital period in a child’s life (Motherly).

This isn’t to say that as middle schoolers and high schoolers we can’t process and comprehend language, but our minds have already been so wired to our native tongue that it’s physically and mentally harder to adapt to another tongue. In a 2008 study funded by the Education Department, only 15% of U.S. elementary schools offer foreign language instruction, a highly alarming percentage. Teaching a kid to be bilingual early on boosts their cognitive development and abilities, and although the child’s vocabulary may be at a lower level, bilingual children demonstrate highly advanced processing (Education Corner).

However, may believe that teaching children a foreign language at an earlier age is more detrimental than it is beneficial. Frances Lee (11), a student who has grown up speaking two languages her entire life indirectly contradicts this statement by saying, “Growing up understanding two languages has definitely benefited me, I can retain additional foreign language faster and I’m able to explore more career options with the extra knowledge.”

So while being bilingual not only boosts academic performances, it widens the career options so much more than for those of us who can only comprehend our native language.