Apple Airpods: The Next Social Trend 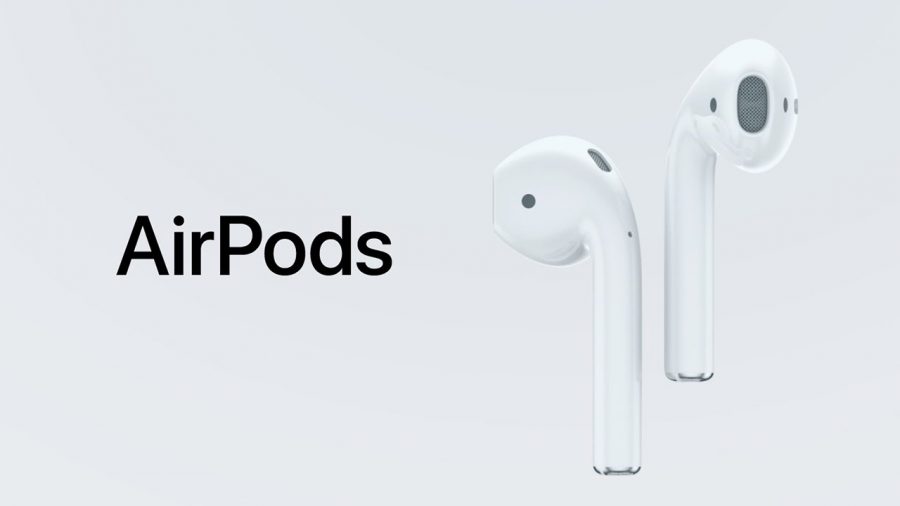 Above, The new air pods that are taking over the United States as a whole, are being put in the spotlight by consumers all over the Country.

Every year, perhaps every month, a new social and technological trend begins to creep up and almost engulf the entirety of the social world. Ever since the release of the new Apple Airpods, society has been jumping at the product that has become the new social trend of the entire country.

From starting out containing tangled cords, relentless wiring, and unreliable sounds, the new and improved Apple Airpods have taken society at large and made their product one that is a must have to all Americans. According to Apple, the airpods “sell at a price, after tax, of about $170,” and the new Airpods have now cut off the wiring and replaced the speaker inside with a more soundproof and clearer sound. However, this is not just the only thing Apple has changed about their new and improved headphones. They have forever changed the game of headphones in its entirety.

Brooks Perry (11) loves the “airpods because they allow [him] to do all his activities that require fast movement without having to worry about the wires getting tangled up, and the headphones falling out.” Not only do the new airpods stay in ones ear for longer periods of time, but they also produce a “more comfortable experience especially when wearing them for a long period of time.”

From walking around campus here at YLHS, to walking around the local 24 hour fitness, the sight of little white almost cu tip like figures hanging out of people’s ears is beyond prominent. With the new Airpods bringing a new influx of customers and consumers, it is only assumed that these new inventions will become a new social trend. It now starts to feel like the new Apple invention is only a trend to make people seem cool and trendy.

So are they really much more than that? Or are they now becoming just a new trend that will soon die off into the land of one hit wonders. A flash in the pan is what some may say, but people keep buying them, so is this really just a flash– or a downpour of social necessity.

The mere sight of these new Airpods bring about oohs and ahs from people so desperately wanting the new trend that has taken over America. Zac Hardison (12) “loves the airpods and likes their performance even though they were so expensive.” So how long will the new Apple Airpods stay in the social spotlight? Only consumers and the free market can decide just how long their presence will be in the trendy world of the United States.