To All the Boys I’ve Ever Loved Review 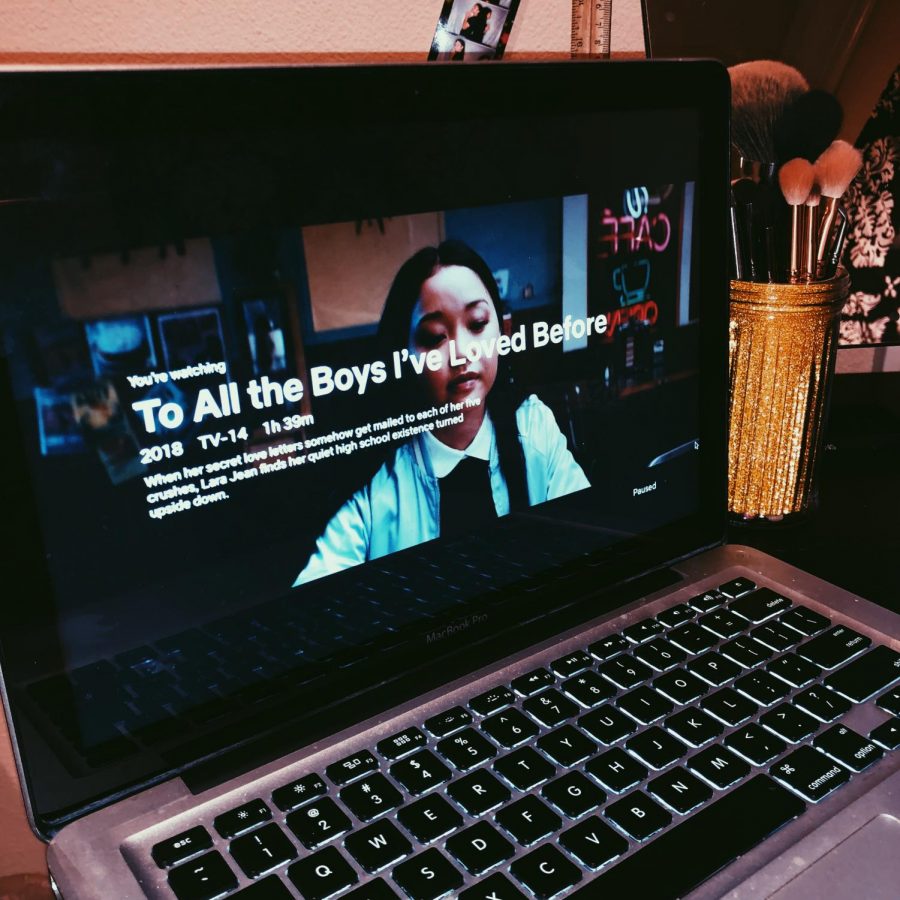 Netflix has recently been on a roll, putting out addictive show after show and movie after movie. However they may have outdone themselves with their latest production of To All the Boys I’ve Loved Before. Since the trailer released in June, people of all ages hyped up the release of this movie. When it was officially released in August, it seemed to live up to the hype with fans pouring out their admiration for the film on all platforms of social media.

To All the Boys I’ve Loved Before is the first novel of a trilogy, which went on to become a New York Times best selling series, written by Jenny Han. One of the most notable qualities of the movie was its feature of an Asian-American lead, something that still is not often seen in 2018. Before coming out on Netflix, Han had struggled to find a production company that wanted to adapt her book and keep an Asian-American lead (Telegraph). Netflix ultimately produced the widely successful movie and fulfilled Han’s wishes of having an Asian-American lead.

The film follows the story of Lara Jean Song Covey, a 16 year old junior in high school. Lara Jean can easily be described as a hopeless romantic, spending hours with her nose in a romance novel and daydreaming about her own potential love life. Lara Jean has had her fair share of intense crushes over the years, and while most people would keep to themselves, Lara Jean decides that she must pour out her passionate feelings into love letters that are never meant to be seen by anyone else. In attempt to force Lara Jean to get a boyfriend and get out of her fantasyland, her sister, Kitty, steals the letters and mails them out to the five boys they were written to. From that point on, Lara Jean goes from invisible to being one of the most talked about girls in school.

Since Netflix has become a huge part of everyone’s lives and our culture,  I decided to ask a few students on campus their opinions. The consensus was almost unanimous, with most people finding the movie enjoyable. Heba Kharouf (10) would agree saying the film was “very well thought out” and that she “liked how it showed the positive possibilities of taking risks when it comes to love”. Even though majority seems to be fond of the movie, some people have some criticisms. Melody Saba (12) overall enjoyed the movie but she thinks that the plot “was a little weird for it to be converted into a film” and that it “probably flowed better in the book”.

Being a Netflix addict myself, I watched the movie myself to see if it lived up to the hype. The movie definitely did not have a complex plot, in fact it was very predictable. However for the age demographic the creators were aiming for, it’s perfectly fine. The lack of depth in the plot was made up for in the well thought out characters. One of the difficulties in making movies that appeal to teens is how unrelatable the characters come off as, but To All the Boys I’ve Loved Before managed to portray today’s generation of teenagers remarkably well and free of cringe. The movie is also extremely refreshing for its overall wholesome, adorable aesthetic. To All the Boys I’ve Loved Before is a movie that evokes a variety of emotions from heart ache to immense glee. It’s easy to say that I would highly recommend this movie because it is worth watching.