Joining a Club at YLHS

Learn how to get involved during Club Rush. 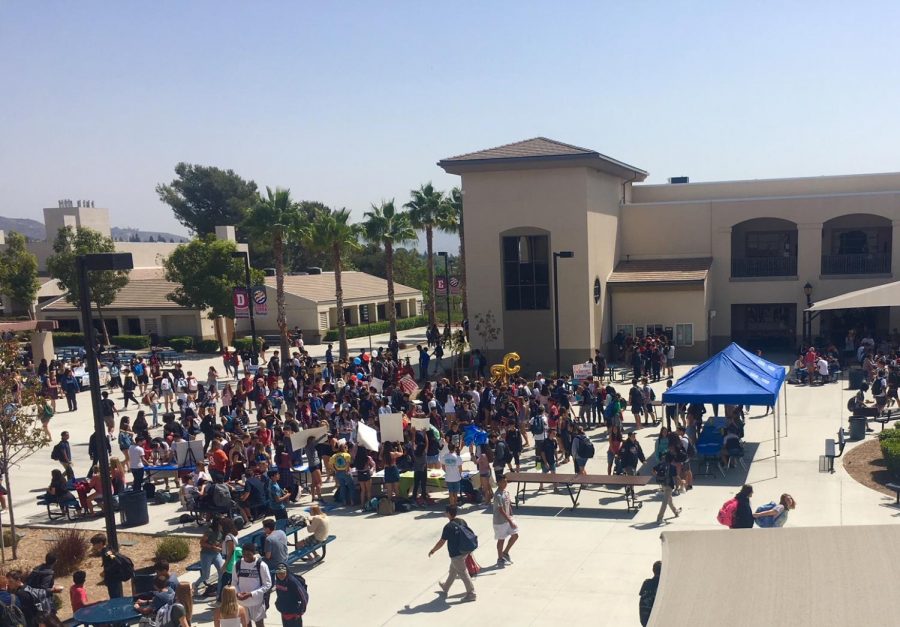 YLHS students gather in the Quad to join clubs on campus.

YLHS will be hosting Club Rush during lunch in the Quad on September 20th and 21st. For those who have not participated in Club Rush, below is a basic guide on how to join a club here on campus.

Tables will be set up around the Quad, where a variety of different clubs will display what they do. Look for clubs that seem the most interesting. Many of the tables will have flyers or people who will be glad to talk about what their club does. A majority will also provide a sign-up sheet for the club. Some clubs may ask to provide a phone number; this is simply for the Remind app. Remind is usually used by clubs to remind its members about upcoming meetings or events hosted by the club. Look out for Remind codes which may be provided by the club.

While it may be tempting to join every single club in sight, note that some of the meetings may overlap. As a result, it may be difficult to attend all meetings. Personal preference is really what should determine how many clubs a person joins since there really is no limit to the amount one can join. However, it is simplest when one picks the ones that seem the most interesting.

For those who have started a new club, most clubs meet once or twice a month although it is dependent on the club to decide when to have meetings. The majority of clubs hold meetings during lunch sometime in the week.

YLHS clubs cover a huge array of interests: languages, hobbies/interests, and community service clubs are prominent on campus. They are open to all students and offer students a way to connect with other students with similar passions. Athena Kieu (12) demonstrates her enthusiasm for music as president of Music Club. She revealed she is most “excited to start performing at nursing homes and… to start teaching kids [to play] instruments again.” President of JSA Lena Plover (12) loves “club rush since people can learn and join clubs as well as get more involved.”

Here is a small list of some of the returning clubs and new clubs who will be present at Club Rush:

It is not too late to start a club at YLHS. Simply go to ylhs.org, type “How to start a club” in the search bar, and click on the first link. Otherwise, click on the links below. Follow the steps provided and turn it in to Mrs. Runge. Keep in mind that each club must have a teacher advisor and that all applications must be typed.

Guide How to Start A Club

Charter for Starting a Club