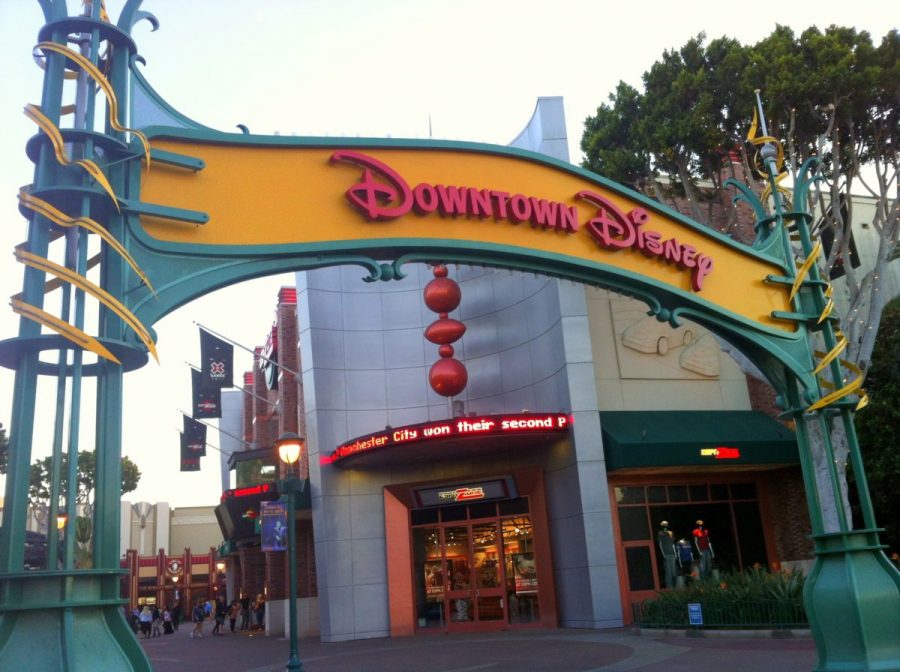 Downtown Disney entrance prior to shut down.

Several businesses located in Anaheim’s Downtown Disney will be demolished this summer on June 30 and be replaced with a 700-room hotel that will expand lodging at the Disneyland Resort. The businesses set to leave are AMC 12 Theatres, Rainforest Cafe, ESPN Zone, Earl of Sandwich, Alamo Rent-a-Car, the west side location of Starbucks, Disney Vacation Club, and Walt Disney Travel. Disney Vacation Club and Walt Disney Travel, however, will continue to operate in a different location

According to the OC Register, this is the largest renovation in the shopping and entertainment area that Disney has attempted.

“The news is more than saddening,” states Nicole Gutierrez (11). “A walk through childhood and even an opportunity for some is now tarnished. When I was little, Build-a-Bear and Rainforest Cafe were a another way to go to Disneyland and have a nice evening or even a whole day with the family. One major benefit was that it allowed the excitement and Disney aura without spending hundreds of dollars on tickets.”

Now with these locations set for their end, there will be less available to those who want to spend time in Disney’s Downtown area instead of paying the continuously rising prices of park tickets. More of their land is going towards their customers coming from further locations who want to stay in the Resort rather than the locals who grew up around Disney’s magic and the Downtown area.

“Now with these places gone sadly not only childhood memories are gone but future ones for some are as well. With ticket prices skyrocketing and Downtown Disney becoming an ‘adult hangout’ some parents cannot afford to allow their children this luxury anymore.”

Nicole also plans on reserving a spot at Rainforest cafe for Prom before she loses the chance to enjoy it when it leaves this summer.

The upcoming hotel isn’t the only thing that is taking the place of Downtown Disney’s businesses. Just last summer, two shops, Disney Vault 28 and Fossil, were closed to make room for a new Star Wars attraction. This “experience” is called “Star Wars: Secrets of the Empire,” which was set to open in the winter holiday season of 2017.

And if that wasn’t enough, three others were also taken out during that same summer in July. The businesses removed were the Build-a-Bear Workshop, Chapel Hats, and Ridemakerz. These were shut down to open up more dining facilities in the area. Unfortunately, these shops were rather popular prior to their closing, but Disney simply had no place to relocate them once they were out of their former building.

It is uncertain what other changes Disney will make to their Downtown area in the future, but it is certain that things will continue to change as the years pass.