YLHS Field Trip to the LACMA 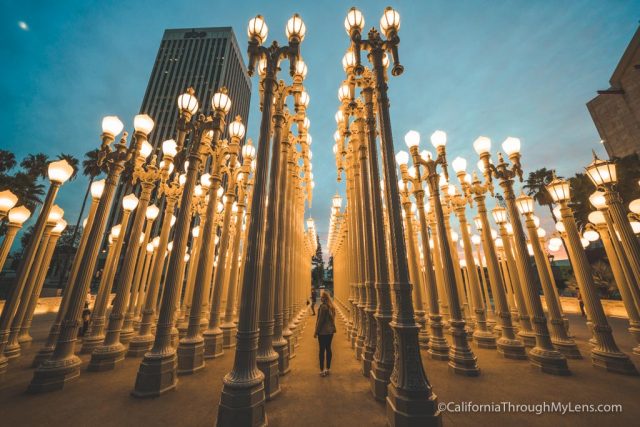 The LA County Museum of Art, or the LACMA for short, was visited on Tuesday, March 20 by students of YL. The field trip attendees were comprised of the three French periods (year one, year two and two honors, and the combined class of three, three honors, four, and four AP) with Madame Yakzan, ceramics, and a few of the art classes taught by Mrs. Carson.

LACMA is an art museum located in Los Angeles and is the largest art museum in the western United States. Established in 1965, the museum has been devoted to collecting pieces of art from all over history and the world to go along with LA’s diverse population and cultural heritage. It contains well over 135,000 different pieces that show the creative minds of 6,000 years of art history.

“I went for art, so it was a really great eye opener for me. I saw artwork by inspiring artists of different time periods,” said Grace Kim (11), one of the art students.

The students set towards their destination shortly after first period and took a two to three hour drive to get there. Once they arrived, they had lunch, which most students bought from food trucks across the street from the museum.

Their first stop in the museum was the contemporary art floor, which contains both sculptures and paintings. “I had a good gaze at Picasso’s blue series paintings and Gauguin’s figurative Bay Area paintings,” stated Fiona Hsu (11), who is both in French three and AP Art. She also said that there were other interesting pieces like a sculpture of a huge comb and a set of 8 balls.

The next floor on the list was the classical art floor. The floor was a majority of oil paintings of still lifes, portraits, and outdoors. This style is very realistic and portrays deep emotion with the artists’ skill with a brush.

“There was one painting that is nearly as high as the ceiling and it’s a painting of a castle,” Fiona continues, “if you stand close enough you could almost step right into the painting, that’s how realistic and pensive it looks.”

The students’ final stop was a larger contemporary gallery outside with urban lights. “We lingered there for a while for pictures and portraits taken. It was definitely a fine and fascinating experience walking through urban lights and to actually physically be in the art itself,” Fiona remarks on the experience.