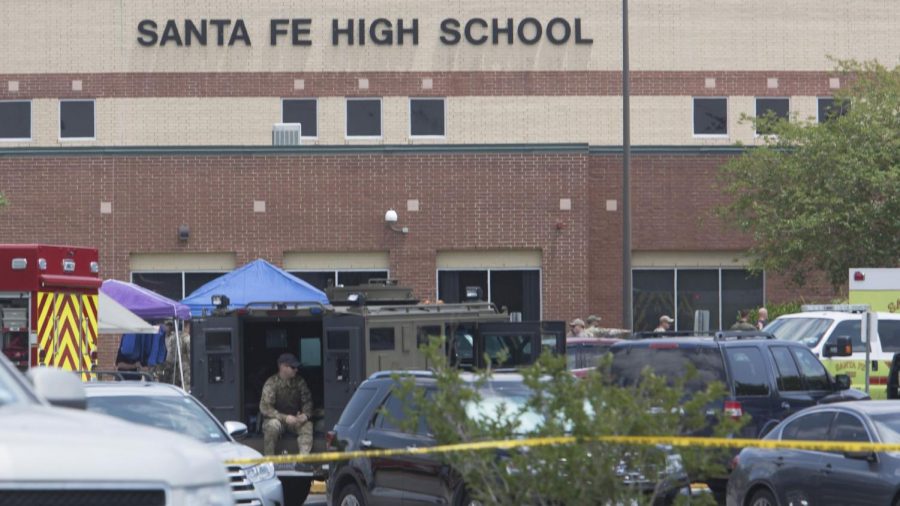 Friday, May 18th was an ordinary day for the majority of teenagers across the United States. But for a certain number of students at Santa Fe High School in Texas, it was the farthest from normal in the worst way possible.

It was the day that Dimitrios Pagourtzis, a 17 year old former football player, decided to join the many teenagers who have also brought a gun to school and shoot their fellow classmates. Known for wearing a trench coat, he used his father’s gun in order to shoot people. What he used was a shotgun and a .38 revolver, both of which allowed him to murder a multitude of people quickly.

Later investigations showed that he showed favoritism in who he shot. He admitted that he avoided the people that he liked, and targeted those who he didn’t. In fact, he shot a certain girl for turning down his romantic advances, and others for allegedly bullying him.

This shows the terrible culture developing, in which teenagers are turning to mass murder in order to express their emotions. Rather than using less deadly, logical methods such as talking, they are watching the others who have picked up the gun and following their example.

Wall Street Journal explains that the school district in which the shooting happened denied any sort of bullying, especially by coaches. But people from the school and their parents report that in the town, it was easy to be singled out. Because it was such a small town, they say that “you can get singled out because basically everybody knows everything about you.” This is what may have happened, and resulted in such a tragedy.

Whatever the cause, there could be no proper way to justify the shooting, which left 10 dead and 10 wounded. Not only have school shootings such as this one been alarmingly more prevalent, they have joined shootings of other places to become a dangerous threat.

In fact, there has been almost as many mass shootings in 2018 as there have been days. According to Business Insider, there have already been 101 mass shootings in the country, a number that seems to show little sign of slowing down. As a result, Americans are actually more likely to die from a mass shooting than the other top causes of death. The shootings just this year have killed 5,400 people and injured over 9,800 others.

The Santa Fe school shooting was a terrible tragedy, one that adds to a sadly long list of others this year. Alice Ding (10) doubts that it will “be the last,” and wonders sadly “where it may happen next.” With students feeling unsafe and afraid in their own schools, it is clear that something must be done.