From Lava to Ash on the Homeland of Hawaii 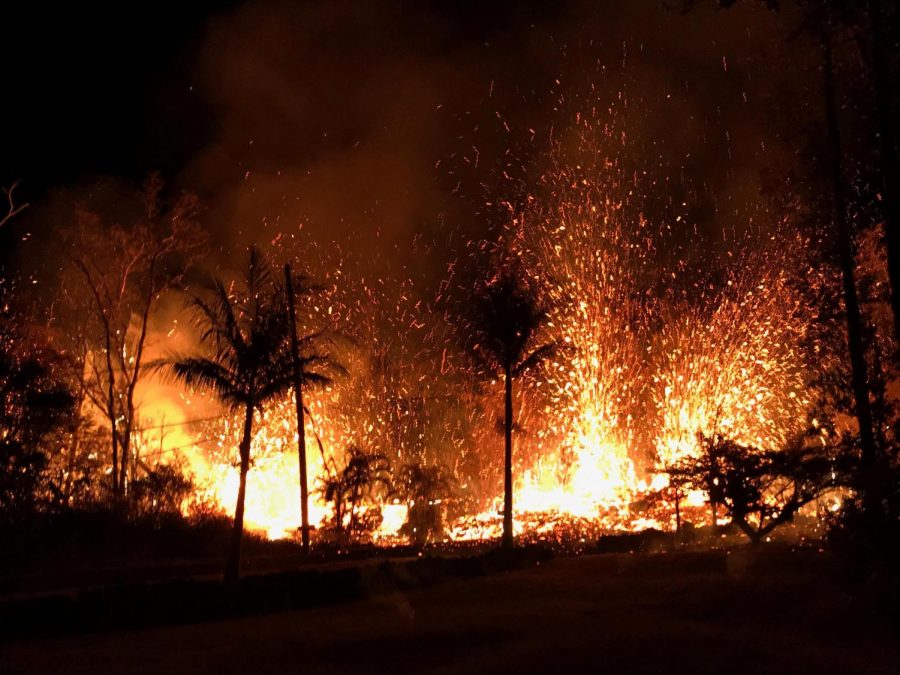 That of the Kilauea eruption is burning down trees and land in which was once vital to life on Hawaii.

The Kilauea volcano in Hawaii has been among the many active volcanoes in which accompany the island of Hawaii. Recently, that of the Kilauea volcano has caused destruction throughout that of the Leilani estates in which accompany the island. According to CNN, the “twenty four cracks in the ground were the main cause” of these rapid and frequent lava flows in which are terrorizing estates and communities throughout the outskirts of the island.

According to the U.S. Geological team, that of the “lava has begun to flow at a rate of thirteen feet per hour.” An alert to citizens and communities was issued to communities prone to this volcanic activity; however, that of the methane bursts and splats of lava glass is still continuing to put residents in danger in which who have not evacuated yet. Spreading “more than 100 feet tall,” that of this volcanic activity in Hawaii is among the most continuous and deadly in history. Not only are houses being destroyed and land being overcome by the scorching hot liquid, but that of peoples lifestyles and livelihoods are being taken away at a rapid pace.

With at least “ten homes being destroyed on Sunday and that of forty-one homes and eighty-two structures being destroyed in total,” that of the Kilauea eruption has put more than “240 people in shelters across Hawaii,” according to CNN.

With this volcanic eruption and influx of lava raises an abundant amount of other questions within that of Hawaii. Since that of lava turns into concrete once it cools, the aftermath of the eruption is running through every citizens mind. That of volcanic ash has start to put people in the Kua district of Hawaii into sudden alert as well. The US geological survey came to the conclusion that “as trade winds conclude, that of the volcanic smog could expand” to beyond that of just the island. That of the ocean biome as well is being affected by that of the ash landing on the surface of the offshore ocean homes.

Zac Hardison (11) is among the many in which knows just how “deadly and destructive that of volcanic eruptions can be,” also how “the nations help will need to be implemented in order to help aid in the recovery of that in the island of Hawaii. With lava continuing to flow throughout the island of Hawaii, lives are still at continuous risk today. Many do not know when the lava flow will stop and life will return back to normal; however, with that of lava covering a lot of the island, life may not return back to the normal Hawaiian routine.