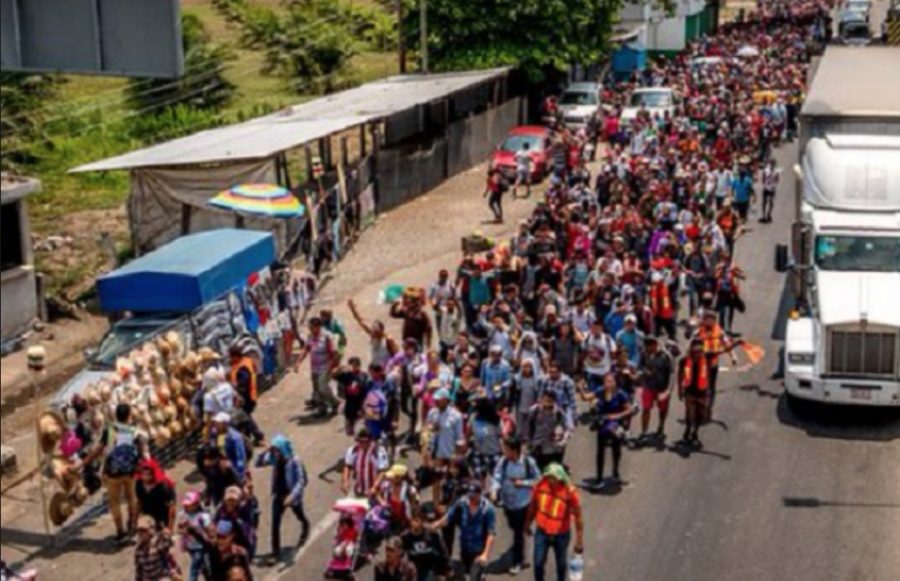 Many immigrants are coming to America seeking refugee.

Many Americans and other people around the world know that one of Donald Trump’s big ideas during his presidential campaign was to build a wall. This wall would go across the entire Mexican-American border and would be up to about 20 feet tall. President Trump’s intentions were to create this wall to partly take care of the immigrant problems in American, and in doing so, also giving millions of Americans jobs. This was a big part of his ‘Make America Great Again’ campaign. There are many prototypes around parts of the border, so it seems like his idea is going to be enforced.

This, along with many other factors, has really upset many of the immigrants. As a result, many of them are camping out around the border, waiting to come into America. More than 150 immigrants are prepared to seek asylum from United States immigrant officials.

They are looking for a home in America and are fleeing from their home countries. Many of these immigrants are trying to escape the countries they were born in for a better life. They are leaving Central America and are heading through Mexico, ultimately to get to the United States of America. These countries, Honduras being one of the main ones, have high crime rates and are dangerous places to live.

According to Katie Toblesky (11), she believes that this topic is something that is going to be discussed in the future. She wants people to keep into account that “these families are just wanting to live in America and survive.” While they are entering illegally, they are trying to bettter their lives and their families lives.

There has been quite a feud between the President of the United States, Donald Trump, and Mexico’s interior minister, Alfonso Navarrete, due to the fact that these immigrants have to get through Mexico in order to cross the United States border. Trump has been very vocal in his beliefs that Mexico has done very little in preventing this problem that is now affecting the country he oversees.

Supposedly, these two men are working together to fix the problem they are facing of the immigrants crossing over the two borders. It will be interesting to see how President Trump handles the situation and if it stalls his plans for the wall. Only time will tell if the wall is still going to happen in his presidential term.