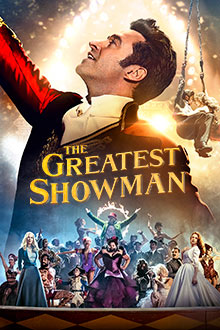 The Greatest Showman was an amazing movie that everyone should go watch.

Over Winter Break, many fabulous movies came out for the public to see. One in particular was The Greatest Showman starring Hugh Jackman, Zendaya, Zac Efron, and many other talented actors and singers. As the musical progresses, viewers are able to watch the hardships that these particular “misfits” that were a part of the circus had to go through.

The overall production of this movie was amazing. It took the producers and directors over seven years to make the movie. One of the most mind-blowing aspects of the play was that Zendaya, who played an acrobat, had to do most of her crazy stunts. While Zendaya did a fabulous job at making the stunts look effortless, she did have to work hard and took classes to build up her strength.

The first scene of the story started with a fabulous song. As the movie progressed, each song got better. The writers managed to make the movie flow while adding a few songs into the mix. A song never felt out of place and always flowed with the storyline.

Savannah Pietsch (10) felt like each song “went with the storyline and connected the viewers to the production” while watching the movie. She felt like the movie was a great hit and was one of her favorites of the year.

To add to the story were a few growing romances. In particular, there was the relationship between Zendaya and Zac Efron’s characters. This growing romance was ahead of its time because it not only focused on the difference between social classes, but it also focused on segregation. Efron’s character came from a prestigious family that was not accepting of the relationship. As the film went on, Efron defended Zendaya’s character time and time again, making it evident that his love for her was real. They finally admitted they loved each other when they kissed after Efron’s character got injured going into a burning building looking for Zendaya’s character.

Another part that added to the movie was the growing friendships between all of these different people. Many of them were considered freaks in the outside world, but when they were together they could be who they wanted to be. All of the friendships created were real and true.

Overall, this was a great film that focused on the hardships and stardom of people that did not fit into society. This movie is definitely a must see. Viewers do not have to like musicals in order to be able to watch this. It is also family friendly and will entertain both the older and younger generation viewers.