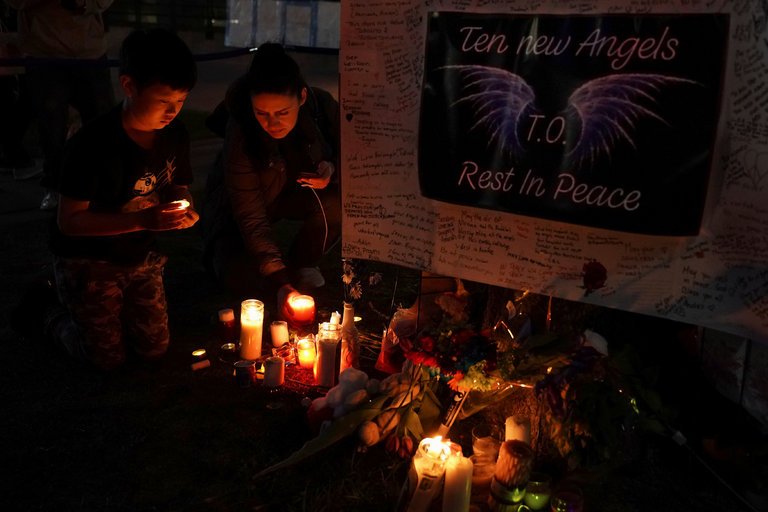 Civilians hold a vigil for the lost lives in the tragic incident.

Sidewalks are strictly for people walking while the streets are where automobiles stay at all times in order to keep others safe; however, this time that was not the case. On April 23, a van plowed through multiple pedestrians in Toronto, Canada. Some believe that there may have been a motive to what others call an “accident.” While others believe it to be a terrible mistake.

On a busy intersection of Yonge Street and Finch Avenue in Northern Toronto, a white van was seen and even heard mounting onto the sidewalk, injuring and killing many civilians. It was noted that the driver drove through both the northbound and southbound lanes. According to CNN, Toronto Police Chief Mark Saunders called this a deliberate act of violence. Ten people were killed and 16 others were injured from this incident.

It was later revealed by police that the person driving this white van is a man named Alek Minassian, a 25 year old from Richmond Hill, Ontario. He was renting the van and had intended to do such harmful actions. According to Maclean’s, he posted an odd message to his Facebook page which read, “Private (Recruit) Minassian Infantry 00010, wishing to speak to Sgt 4chan please. C23249161. The Incel Rebellion has already begun! We will overthrow all the Chads and Stacy’s! All hail Supreme Gentleman Elliot Rodger!”

Some people believe this harmful killing to be attributed to misogynist motives. Two men were killed while the rest, eight, were women. According to New York Times, a homicide inspector looked into his Facebook message and ruled it hostile to women. In the message, “Minassian had praised “incels,” or involuntary celibates, a term used in a Reddit group where men vented frustrations that tipped into misogyny.” This led to the conclusion that he intended to hit the women more than he did the men.

One resident admitted that it took a while for things to return to normal in that community especially. Immediately after the deliberate attack, not many people were walking in those streets; yet, as time passed, the street became more crowded again. Holley Fields (11) hopes that “the families of the ones injured and killed know that people are thinking of them, and that the man who committed this crime gets what he deserves.”

As of now, people are holding vigils for these ten victims who have sadly passed. The organizers called this a “walk of solidarity and healing.” Thousands of locals attended the site of this incident as it was soon transformed into a large memorial for the victims with a wall of flowers and pictures and messages. Many different religious leaders and Canada’s Prime Minister Justin Trudeau came together to deliver speeches and to represent Toronto’s diverse population. Hopefully, the community and many others affected can recover from this incident.