The Benefits of Speaking Multiple Languages 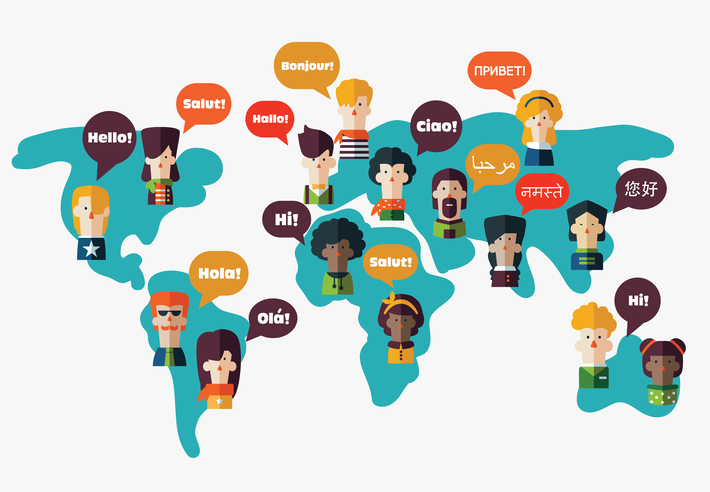 Learning multiple languages has a more positive influence than one would think.

Here at Yorba Linda High School, there is an abundance of different foreign languages being offered as elective classes, including Spanish, German, Japanese, Chinese, and French. Despite having academic benefits in excelling in more than one language, what other benefits does speaking multiple languages have?

Most notably, being able to speak more than one language allows for greater mental capability. In fact, researchers at the University of Pennsylvania have both tested and proved that bilingual speakers were able to think in a more rational manner. Scientifically speaking, this is due to the fact that speaking foreign languages stimulates the brain’s language center– which is essentially the part of the brain that deals with speech processing and production.

In regards to reasoning, the human mind works in two distinct modes: one that is “systematic, analytical, and cognition-intensive” and another that is “fast, unconscious, and emotionally charged” (Wired). When people speak multiple languages, they are unknowingly appealing to the mind mode that works rapidly; thus, knowing different languages benefits a person’s ability to think rationally in a quicker manner.

Although not well known, the brain is a muscle. And like all muscles, the brain strengthens with continual use and exercise. With this in mind, each time a person practices a new language through writing, speaking, or reading, he or she is engaging the brain to be on constant alert and focus. Consequently, the brain develops more, strengthening the mental muscle and leads to improvements in overall memory.

In a 2012 study at the University of Mashad, researchers experimented with monolinguals and bilinguals to determine whether knowing more than one language has an effect on creativity. The experiment consisted of testing the two sides with the Torrance Tests of Creativity (TTCT). Ultimately, the findings clearly indicated that bilinguals exhibit stronger senses of creativity. The researchers linked this fascinating discovery with the fact that because bilinguals are being exposed to a foreign outside culture, their ways of thinking and living are challenged to different perspectives. Thus, the bilinguals were more likely to think atypically and in a more creative manner.

Furthermore, in a vast world with hundreds of unique languages spoken all interconnected with technology, it has become a value to be able to communicate effectively with people of different backgrounds and different languages. For this reason, job employers prioritize applicants fluent in more than one languages to ensure that they are able to reach a diverse crowd. Clearly demonstrating a personal drive to learn a new language and a cultural interest, an application with “bilingual” on it is sure to stand out.

Without a doubt, languages hold a certain beauty in that it allows for communication and expression. Amina Abdelbary (11) speaks English, Arabic, and Spanish, and sees languages as “incredibly important and valuable in the modern world.” Ultimately, being able to excel in more than one language transcends simple communication and expression with its notably positive benefits on the mind.