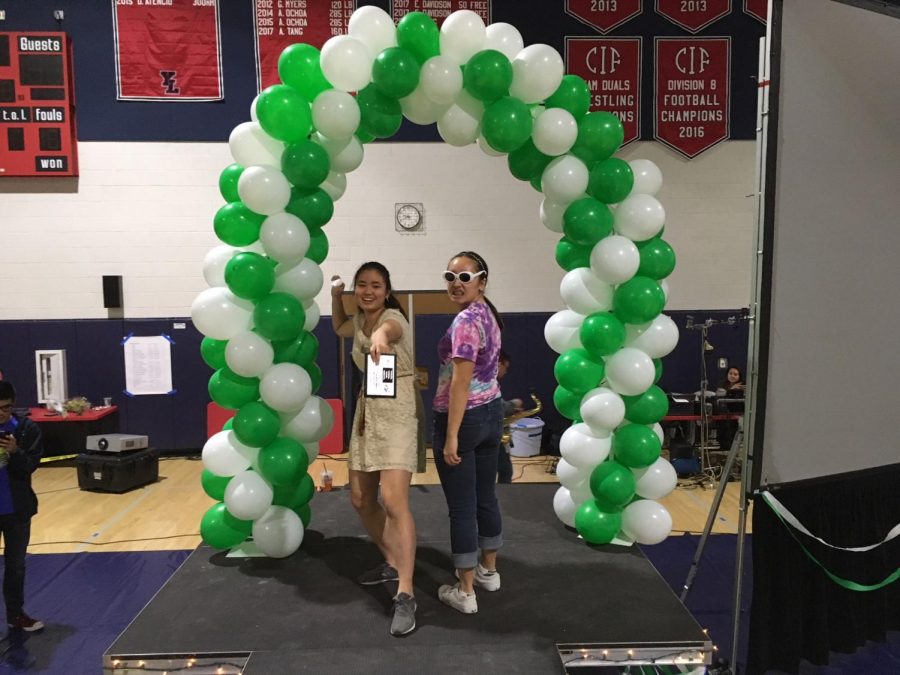 Athena Kieu (11) and Fiona Hsu (11) both were featured in the Renaissance Rally. Here they are showing off their Vine-themed costumes.

It’s that time of year again, where the most outstanding Mustangs are recognized for all of their achievements. The following students and teachers were recognized at this Vine-themed Renaissance Rally:

To start off the rally, the scholar athletes were announced:

Outstanding Performance awards were awarded to students who excel in the sport that they play. Coaches for each sport choose the recipient of each award:

In the Fine Arts Department, the art teachers selected students who show amazing skill in each of the following categories:

The Community Service Award is given to the Seniors who have completed the most community service hours for the community:

The Skyrocket Awards were awarded to the students who have showed significant improvement:

The Academic Excellence Awards are given to the students who have the highest GPAs in their grade levels:

The Salutatorians and Valedictorian are chosen based on various criteria:

The Teacher of the Year was chosen for being an enthusiastic and overall amazing teacher.

The Club of the Year features one of the most active clubs on campus.

Outstanding job for all the hard-working Mustangs who received awards and thank you to ASB for organizing such a fun Renaissance Rally for the 2017-2018 school year!