Reaching for the Stars and Beyond

A Tribute to Stephen Hawking 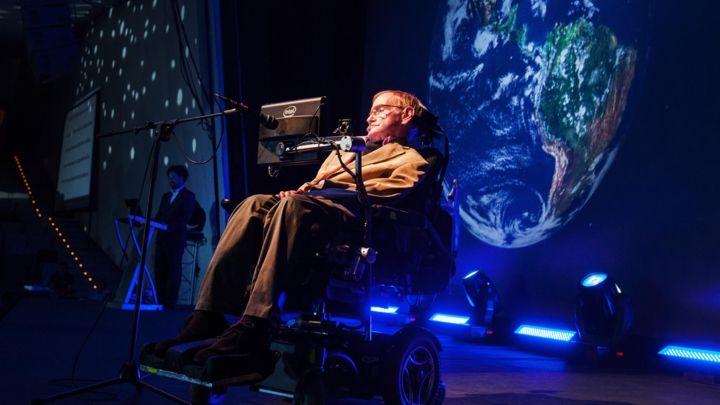 Stephen Hawking gives a lecture during the Starmus Festival on the Spanish Canary island of Tenerife on September 23, 2014.

Many are familiar with Stephen Hawking’s diagnosis of amyotrophic lateral sclerosis (ALS, or Lou Gehrig’s disease), at the age of 21. He was given roughly two and a half more years to live, according to the doctors. Yet he managed to conquer the chronic effects of the disease, far surpassing the expected lifespan by living a full and meaningful life until his recent passing on March 14, 2018, at the age of 76 (Scientific America). In fact, the theologist explained that his disease spurred him to concentrate harder on his studies. He said that “before my condition was diagnosed, I had been very bored with life” because “there had not seemed to be anything worth doing” (Biography.com). Therefore, he managed to take advantage of his depressing situation, yet another admirable aspect of his character.

Throughout his lifetime, Stephen Hawking also published numerous popular books, the most recognized of which is The Brief History of Time. The novel, written without technical language with the hope that nearly anyone can understand it, details “cosmology, including the big bang, black holes and light cones” (Learn to Do). However, it is simply the tip of the iceberg in terms of the profound levels of intelligence and research that Stephen Hawking continued to develop. He authored several other novels and essays, some of which include Black Holes and Baby Universes and Other Essays (1993), The Universe in a Nutshell (2001), On The Shoulders of Giants (2002), and God Created the Integers: The Mathematical Breakthroughs That Changed History (2005).

Not only was Stephen Hawking an intelligent, revolutionary professor and scientist, he was also well known for his memorably clever sense of humor and genuine personality. He once mentioned that “life would be tragic if it weren’t funny,” and believed that “people won’t have time for you if you are always angry or complaining.” His words have already helped inspire and motivate an entire generation of people, and are set to do the same for generations to come.

Alice Ding (10) is just one of these people, describing the theologist and his life as
“awe-inspiring,” and his passing a “true tragedy.”

Leaving behind three children and an entire world of people who can now understand what it really means to reach for the stars, Stephen Hawking was truly a treasure and blessing to the world.