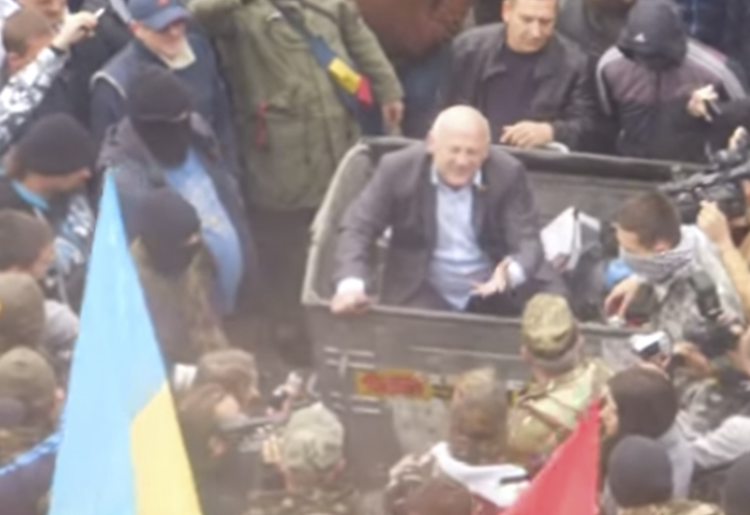 Everyone has heard of the ALS Ice Bucket Challenge. Someone gets challenged by their friends to either donate $10 to ALS research and dump a bucket of ice water on their head or donate $100 within 24 hours. Since its inception, the ALS Association has raised over $115 million in donations and an immense amount of awareness for this disease.

In Ukraine, a much different challenge is taking place. Because of all the political instability in the country, many are so unhappy with some of the politicians that they are actually throwing them in the trash. The country essentially has two political factions: pro-Russian and pro-Western. Many of the young people in Ukraine want to break free of the influence that Russia has on Ukraine. Therefore many supporters of the pro-Russian former president Viktor Yanukovych, who was ousted in February of this year, have seen themselves literally thrown into trash cans by angry mobs of protesters taking matters into their own hands.

All of this is leading up to the October 26th parliamentary elections. Current Ukrainian President, Petro Poroshenko, said on twitter that one of the main reasons this election was called was to clear the “old guard” who stood in support of Yanukovych’s policies and hopefully produce a parliament willing to pass reform after years of corruption.

These incidences of throwing politicians out with the trash may seem comical, but are they really the right way to go about it for these protesters? Before the hashtag, the politicians were the ones infringing on the citizen’s rights. The citizens were the victims. But now the protesters are making the politicians into the victims. It is obvious that Ukraine should have the right to rule itself without the influence of other countries; however, throwing people into the trash is not the right way to go about it. If anything, it could actually hurt the pro-Westerners in the election because they will be seen as aggressive and violent.

Senior J.P. Dabu argues that “politicians really don’t deserve that treatment.” Also, this is infringing on the rights of the politicians. These politicians have a right to trial by jury as defined in the Ukrainian constitution. These mobs of pro-Western protesters are serving their version of justice. They feel that this person is corrupt and has committed acts of political corruption so they give out the punishment. Rarely are the politicians are simply thrown in the trash and leave with just a scratch; usually, they are brutally beaten. These politicians may be corrupt, have bad intentions, and be bad for Ukraine, but they deserve to be treated like humans.