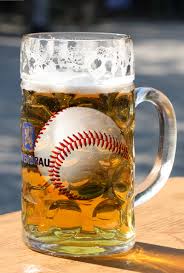 The Los Angeles Angels of Anaheim’s season was ended prematurely with their loss on Sunday. Game three was played in Kansas City against the Royals. While the ream was traveling and playing in Kansas, much was still going on in their home town of Anaheim.

Friday’s game, which was also a loss, was not filled with much action from the team’s offense. However, there was much that followed the game. Two young men attacked an innocent fan following the game. It has been confirmed that both parties attended the playoff game that night. No prior conflict occurred between the fans to provoke such a feud. Officials have admitted that there was no additional security hired for the postseason game. Many are speculating how this could happen again, given the past events that occurred after other baseball games.

In 2009, two men were shot by an off duty police officer when he attempted to break up a fight. One man who was shot, later died due to being paralyzed from the event. The off duty police officer was dismissed from all charges and allegations. More recently, Bryan Stow was attacked by two men following a playoff game in 2011. While the men were ultimately convicted, there was still a lingering lawsuit. A jury was to decide whether the former owner of the Dodgers was guilty of negligence. Was there enough security hired for such an important game? After all, it was against two rival teams, the Dodgers and the Giants. Chaysen Hernandez (11) says that baseball is a sport played with a lot of passion, which can get the best of people. Ultimately, and recently, Bryan Stow was awarded 18 million dollars by the jury. The question of why things like these continue to occur.

These horrible tragedies have brought up the question of if alcohol is to blame for people’s violent actions. Alcohol is served widely at sporting events, specifically baseball. It is estimated that 1,500 gallons of beer is sold per game. Beer and other alcoholic drinks are not sold after the seventh inning. This rule was put into place due to the drunk driving epidemic. Now that another problem has surfaced, will a proper solution be introduced? Fights that occur in stands and parking lots, mostly involve those who are under the influence of alcohol. Baseball used to be America’s past time. Now, people are starting to think it is just used as an excuse to drink excessively with your friends. Families travel from all around to watch their local teams represent their greater areas. Is there a solution that benefits everybody? If alcohol is abolished at games, ticket sales and concession revenue will surely decrease. However, if families have to worry about being involved in drunken fights, then ticket sales could ultimately drop as well. One thing is for certain: the MLB players union, owners, and league have a lot of debating decision making ahead of them.