Real or Fake?: ‘It’s Okay To Be White’ Movement 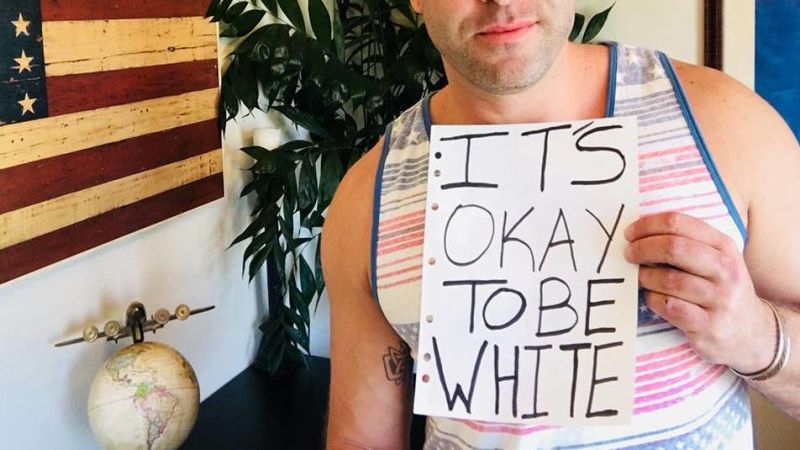 Some people have taken time to photograph themselves supporting the movement.

There have been movements for good causes throughout this year, however, this “movement” is considered the most unnecessary. Both recently and even last month, there have been signs posted around school campuses such as Washington State University, University of California, Davis, Maryland High School, Tulane University, and the University of South Carolina, etc, which read the words “It’s Okay To Be White” in big font. Students have been the ones putting up these posters for the fun of it. The name itself sounds like a complete joke.

Due to the name of this “movement” being quite controversial, of course people had something to say about it. It has been assumed that this movement’s ideas were ripped off from the Black Lives Matter Movement, but instead of being for African Americans facing oppression, it is for white people. People of the internet and media are assuming the creators seriously made this as a way to say white people are oppressed. Anger sprung from social media accounts as people replied back saying things like how white people should not need to feel oppressed as they are not part of the minority and have not felt racism the way any person of color has. Some even questioned what the motive of this joke of a movement was.

Of course there is room for misinterpretation, that was the reason these internet trolls had shared these “It’s Okay To Be White” posters. It all started on an online forum called “4chan” with the neo-Nazis and white supremacist trolls. Apparently, they wanted to show how people would be easily bothered and uncomfortable by this message and it was all a joke. Even so, they wanted to expose “the media’s anti-white agenda” (Newsweek). They eventually got what they wanted and did create a sort of social unrest both within the internet community and locally (Washington Post).

“It’s Okay To Be White” was originally a meme and instead was taken too seriously by some and pushed further forward by the creators. Even as it is supposed to be taken as a joke, the “movement” does show how white people feel like they are oppressed when they should not be. The creators of this “movement” say it’s a joke trying to prove “anti-white racism” is real, when in reality, they are seriously caught up in the idea that reverse racism is real.

This so called “movement” should not be taken seriously. Cheryl Pham (11) agrees “not everything on the internet can be trusted and we should be aware of that.” Everyone should learn to not be so gullible in cases like this especially coming straight from the internet. There was no point to this movement prank and absolutely nothing was gained from it.