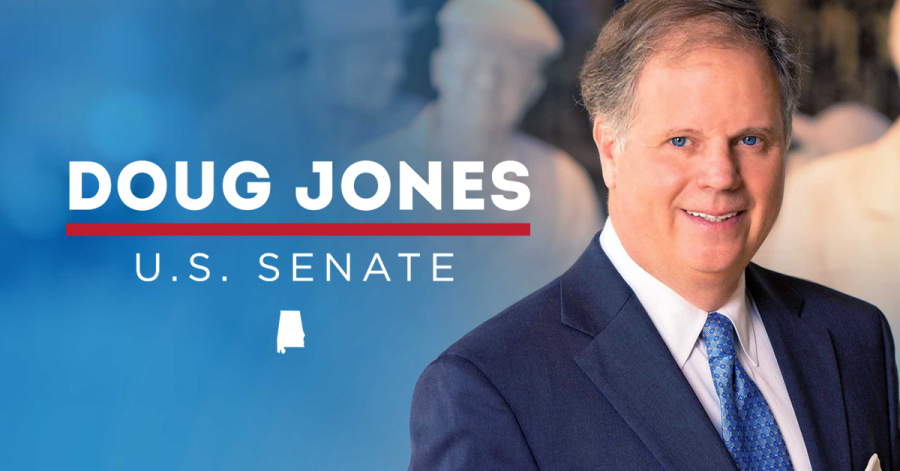 Above, Doug Jone's seat for the senate is sealed with a win over Republican Roy Moore.

On December 12, Republican Roy Moore was defeated by Democrat Doug Jones for a seat in the senate in the state of Alabama. With midterms right around the corner for President Trump, the defeat of Roy Moore is a hit that the Republicans could not force to loss at this specific time in government. Doug Jones’s win in the state of Alabama makes him the first Democrat in over a generation to win a seat in the senate. According to CNN, this defeat of Roy Moore is an “embarrassment to President Trump and Washington D.C. as a whole.” Not only would the majority in the house go from 52-51, but the sitting of Doug Jones would make laws astronomically harder to pass with the majority of republicans getting smaller and smaller.

However, Roy Moore refuses to concede to the fact that he has lost the much anticipated election. He states, “when the vote is this close” that the election “is not over.” But, the fact that Roy Moore can not ignore is the fact that the most republican state in the country has voted for a democrat as the person to get the seat in the senate. Not only does this display the fact that Donald Trump’s supporters are starting to revoke their decision of picking him, but that their visualizations of what America would be like with him as president was completely wrong.

The main reason why Doug Jones won the seat over Moore was due to the aspect of African- American voters. According to CNN, more than “30 percent” of the electorate was African American.  This turnout was higher than both the Black Communities votes in the 2008 and 2012 election of former President Obama.

On the more political side of this victory by Doug Jones, comes the fact that the democrats could possibly take over the senate and make moves to impeach President Trump. With this loss comes mass repercussions. Laws that President Trump wants to pass will increasingly become harder and harder to pass in legislation. Not only will laws be harder to pass, but support from the republican party will start to dwindle due to the lac of conservatives in both the house and senate.

Katherine Ruff (11) believes that “Roy Moore’s loss will be a big turning point throughout Washington, D.C.” and that “President Trump should be worried about upcoming impeachment if the democrats get control of the house.” Although Doug Jones isn’t set to take the seat until next year, the repercussions of this loss to the republicans was heard all around the country. If one of the most republican states in the country can go against its own beliefs, than many other republican states might follow in its controversial footsteps.