Diet is the Backbone to a Healthy Life 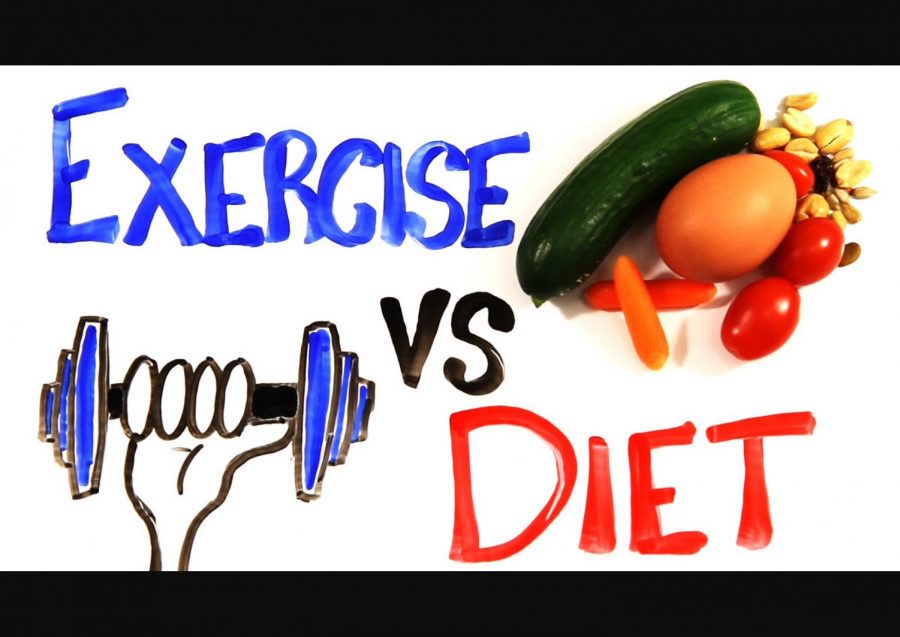 This debate has been living all through time, but can anyone scientifically prove one side to the other?

Though many believe that it is better to exercise for a healthier lifestyle, in reality the case for simply having a better diet is much more effective and necessary for a better life. Several studies have even shown that having a healthy diet can not only lead to weight loss, but also healthier skin, attitudes, and longer sustained energy.

Being a major focus that many people take into account, weight loss is a major contributor to this debate. For weight loss in particular, there are two separate situations to take into consideration through this argument. With exercise, the argument is mainly about how a person’s body will need nutrients and will in fact allow a person to eat what they desire as long as those calories are burned off. Yet many seem to forget that by having a healthy diet a person would reduce their need to work out by twice as little because of their calorie intake. In other words, a person would have to spend twenty minutes running to burn off about 200 calories. When if said person did not eat that chocolate bar that was more than 200 calories they would not have had to do that exercise. The trouble is depending on the person and which is more worth it to them: eating the food and exercising more for it or leaving the candy for a fruit and being able live a more so leisure life. Due to the increasing sedentary lifestyle in people today, many of them are in fact too tired and busy to set aside a time in their day to go work out leaving diet as a much more viable option.

Overall healthier lifestyles can come from diets as well through appearances aside from weight loss such as clear skin and an overall more glowy appearance. Take soda and water for instance, as I have personally experienced along with several of my friends once soda had been cut out of our diets not only were we less sluggish through the day, but our skin had cleared and our eye bags disappeared as well. Though this may differ from person to person students such as Polly Bowman (10) truly believe so since, “Before drinking water every day, [her] skin wasn’t as healthy as it could have been. But after drinking water, [she] noticed [her] skin was drastically better than before”, it being the the healthier option. Though exercise may have similar effects, different areas on a person’s body react differently to such exercises. If after a work out a person does not shower, an increased number of bacteria will cause them to break out due to their sweat, leaving them with worse off skin. Not to mention the necessity of water even during a workout to fully make a person healthier.

Personality wise a person is greatly affected by their day by day exercise and diet, however mainly their diet plays a part in this. If for breakfast someone ate a leftover slice of cake, for the rest of the day they would feel as if they had not gotten enough sleep and their energy would be low. By picking up an apple at the very least, the much healthier diet option, a person can go about their day ‘till lunch with enough brain power to survive efficiently. On this note as well with a bad diet many would be inclined not to workout due to the fact that this would leave them too tired and sick to feel that they had the energy too. If one does not have a sufficient diet, then their exercise would be lacking as well, leaving diet more important.

Due to its ability to affect one’s health and personality, a healthy diet is much more important than exercising for an overall more beneficial lifestyle. Exercise itself must rely on a healthy diet to be successful in its completion making a prosperous diet the important backbone of a healthy life.