Could This be The Last of Black Friday? 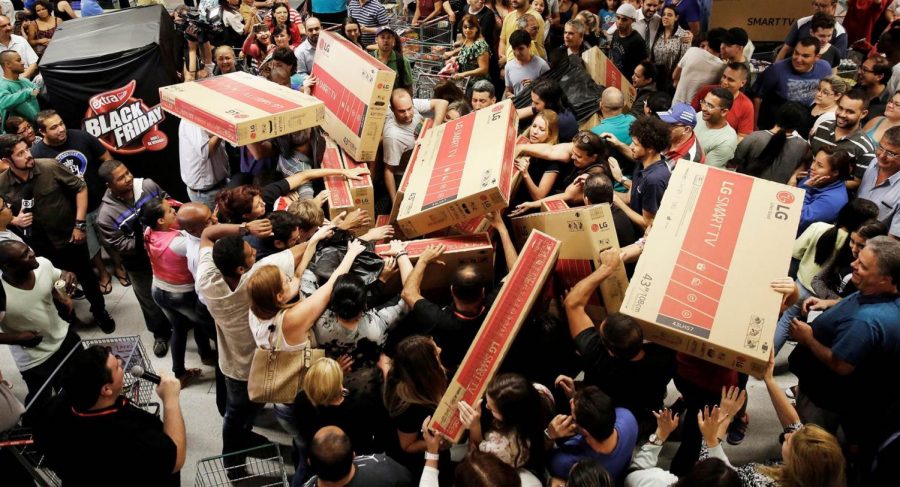 Frantic shoppers await the latest tv of 2017. Fighting every which way for a piece of the action.

Since 1924, the day after Thanksgiving has always been reserved for that of shoppers aimed to make the best out of the lowest deals of the year. From waiting in line at two in the morning to fighting shoppers for that plasma screen television more than half the population wants, the tradition of Black Friday may cease to exist after the year 2017. Depending on how well sales go this Friday, the fate of Black Friday is in the hands of shoppers now.

According to the National Retail Federation, more than 59% of shoppers are expected to change to only this year. With this number higher than ever before, the act of waiting in line and actually going to the desired store is becoming less and less prominent. Although a special day known as cyber monday is dedicated to online shoppers specifically, it is almost as though black friday succombs to the form of technology two days of the year rather than just one. As sales are the same whether online or instore, shoppers can rely in the fact that they are receiving the same prices without the hassle of going to the big market chains.

Robert Schultz, chief credit analyst for the retail sector of Standard & Poor’s, believes that “The holiday season is always important, but this year is more important than ever.”  With department stores struggling to still “prove their worth” in the world of growing online shopping, this year will determine if these stores will become obsolete or whether technology will take hinderance to that of retail chains. According to CNN, with chains such as Walmart and Target producing the same deals online rather than in store, the need for black friday is starting to diminish each and every year.

With an expected occupancy rate of 90% in each store this upcoming holiday weekend, Tom McGee, CEO of the International Center of Shopping Centers, believes that these stores will be “very crowded this weekend,” and that “new types of retailers” will get the opportunity to show they can make it in the world of retail.

Although students like Tyler Krause (11) believe that “Black Friday is a good way to go inside the stores and get a feel for what you are actually buying,” he also knows that “the same deals apply online. Therefore I can do all my shopping without the hassle of going into the stores.”

The controversy over black friday and if it still relevant today is widely debated in today’s society. However, the presence of the technological aspect of shopping is far from over. Leaving these big market stores in jeopardy of losing black friday forever.