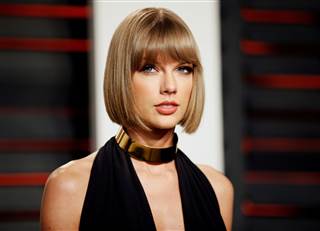 Taylor Swift is angered over the simple blog post analyzing her lyrics.

Taylor Swift recently released her new album called “Reputation” and people are ready to post about their own excited reviews and opinions on it. However, one certain reviewer had something different to propose about Swift’s work. Bay Area blogger, Meghan Herning, without evidence, accused the popular female singer of supporting the white supremacists.

In her blog post on PopFront, Herning made a strong argument and defended her point by saying Taylor Swift’s lyrics from her recent single “Look What You Made Me Do” appeals to “white privilege and white anger” (Newsweek). Throughout her post, Herning explains the many various connections between her song and the support of white supremacy. According to Herning, the connection is even shown within the visuals of her music videos where Swift has an army of models standing in front of her on a podium and this somewhat resembles how the Nazis were with Adolf Hitler in Germany. She adds to her point by saying all of this incorporation into her music encourages the acts of racism and highly appeals to the racists.

Taking a look at Swift’s past actions, Herning adds that she has been quite silent on numerous political and racial matters. Thus meaning, by her staying silent, Swift supports the oppressors, the whites and “silence in the face of injustice means support for the oppressor” (PopFront). She even analyzed and included the fact that Swift appeals to neo-Nazis and white supremacists not because of her lyrics, but instead because of her “Aryan features.” Taylor Swift most definitely felt angry by this post and her legal team even threatened to sue the Bay Area blogger.

The reason such an act like this is important to pay attention to is because of its connection to the First Amendment. As Taylor Swift’s team threatened to sue Meghan Herning, others got involved in this mess, including the ACLU, American Civil Liberties Union, was brought into the mix. Michael Risher, the attorney of ACLU of Northern California told Entertainment Weekly that “this is a completely unsupported attempt to suppress constitutionally protected speech.” His statement holds true, no one can take away another’s ability to free speech. So why take the blog post down or sue the writer? The effect meant to be taken against Herning would do no damage.

As of now, Meghan Herning is receiving high amounts of hatred and criticism, of course, from fans of Taylor Swift. Macy Schreiber (11) thinks this whole situation is “really weird and it really isn’t that deep, both sides could be over exaggerating it.” Many are even saying that Herning only posted such a thing so that she could get her “15 minutes of fame.” However, to this day, it is still unpredictable and unknown where this case will lead to and Herning still believes more could be said about it.