What's next for robotics? 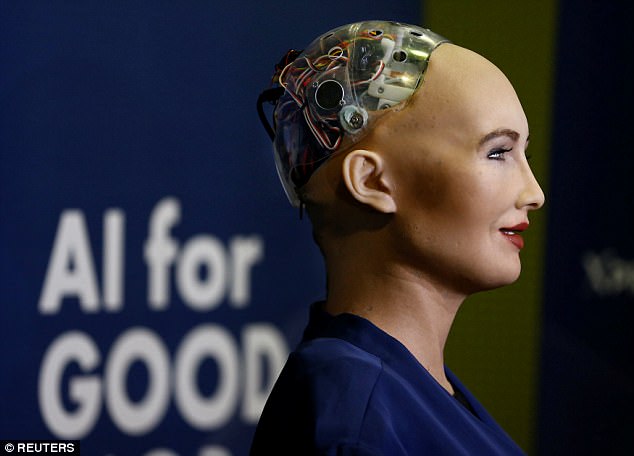 Meet Sophia the Robot: The first robot in history to be granted a full citizenship.

Since the beginning of civilization, our human citizens have always been human. For the first time in history however, a robot is being granted human citizenship. This robot, named Sophia the Robot, was recently accepted into Saudi Arabia and granted with a full citizenship.

Sophia the Robot was designed by the company Hanson Robotics by AI (Artificial Intelligence) developer David Hanson. Hanson created her with the intents of Sophia learning to adapt to the human lifestyle and being able to work with different kinds of human behaviors. Grace Kim (11) thinks highly of the “innovative technology that made up Sophia the Robot” but at the same time is slightly “mortified by the extent of advancement of robots.”

While her face was designed to look like the late Hollywood star Audrey Hepburn, Sophia’s physical appearance includes visible wires in her head, mechanical arms, and clearly missing parts from the lower half of her body. The reason behind her distinguishable appearance as a robot was to ensure that Sophia was solely perceived as a robot and not a “fake human.” Hanson stated that for a robot to be “appealing to people,” it must avoid looking too similar to a human, since that often discomforts other humans (Zara Stone).

Some attributes of Sophia to note include:

She has a sense of humor: While her voice remains monotone, Sophia is able to make funny comments. Hanson ensured this characteristic by making Sophia hold eye contact and respond to human interaction, like human’s face expressions or speech.

She can show her feelings. Though her expressions are still limited, Sophia is able to show happiness, sadness, and anger.

Her main goal is to “protect humanity.” According to Sophia herself, “My AI is designed around human values like wisdom, kindness, and compassion.”

While there are twelve robots identical to Sophia in the world, only one was awarded a full citizenship in Saudi Arabia. In October 2017, Sophia made history and was acknowledged as a human citizen of the country. Despite this granting of citizenship being a great step for robotics, many humanitarians are upset at the decision of Saudi Arabia. Their thinking most commonly follows: Why is a robot granted full citizenship, when women are not even fully treated as equals in Saudi Arabia? In addition to concerns about women’s rights in Saudi Arabia, researchers are concerned about the extent to which Sophia the Robot is granted citizenship, including her legal rights–Can she vote?– her social rights– Can she marry? Can she reproduce?– and finally her definement as an individual– If not a fingerprint, what will be used to prove her identity?

Sophia the Robot made history for the realm of robotics. While her citizenship is a futuristic innovation, the complications that rise with it is questionable. If robots are now receiving full citizenship– something some people are still trying for–, what is next in line for robots?