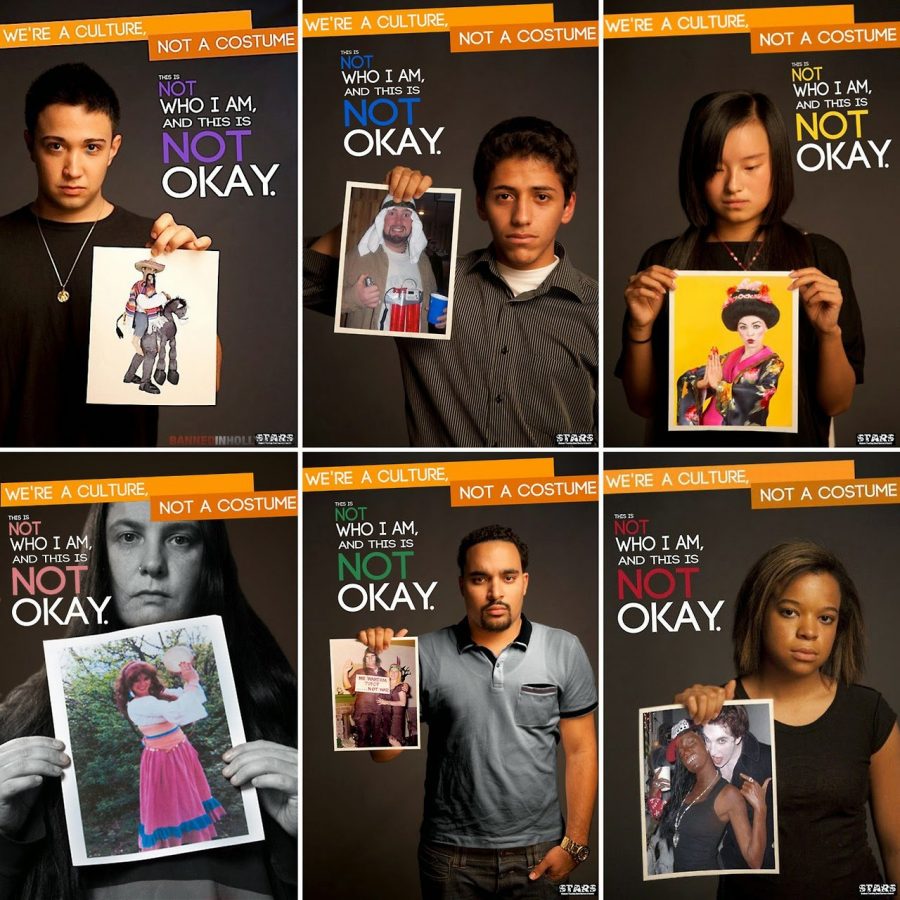 Halloween costume controversy has stirred protest such as the "We're a Culture, Not a Costume" campaign.

Leaves are turning colors, pumpkin spice is in the air, and people of all ages are preparing for October 31. With Halloween just around the corner, people are scrambling to find unique costumes which may be spooky, humorous, cute, or anything memorable. In their pursuit for creativity, however, some have created costumes that are memorable for all the wrong reasons.

In a world filled with viral memes and political debate spread by media, it is easy to interpret a joke wrongfully by wearing it as a costume. Border patrol costumes, for example, have been circulating Spirit Halloween stores and sparking outrage, according to Fox News. These border patrol costumes poke fun at President Trump’s immigration policies and consist of military green officer attire completed with “Border Patrol” in caps on a hat and the back of the shirt with an “Agent Wall” badge. Also sold are tunics with a brick pattern and a large “The Wall” painted in white which were not meant to invoke traditional Halloween terror, but rather the fear of deportation. These have also been met with much fury from the media.

Further controversy was brought forth with the discovery of an Anne Frank costume sold online, according to Huffington Post. The website described the costume as a way for children to “play the role of a World War II hero”; the costume included a dress from the era, a beret, and a bag. Twitter users exploded with protest against the costume, with some particularly outspoken people even describing the costume as an “empowerment of anti-Semitism”. In response, the website removed the costume, and spokesman Ross Walker Smith tweeted an apology.

Costumes of different cultures or ethnic groups have also brought about debate. These costumes may include the feathery headpieces of Native Americans, the belly dresses of the traditional Indian dancers, the stereotyped sombrero associated with Mexican apparel, and more. This has largely been viewed as offensive cultural appropriation and many have voiced their wishes to end the sale and promotion of such costumes. According to the Odyssey, Ohio University even began a campaign titled “We’re a Culture, Not a Costume” with their slogan, “You wear the costume for one night. I wear the stigma for LIFE.”

Sarah Kim (10), while discussing Halloween costume controversies, says, “I love Halloween! I love trick-or-treating, the candy, and all the costumes. But it is more important to avoid offending anyone than wearing a costume that no one has seen before.” Before putting on a costume, consider the message of the costume and how it will universally be received. Have a fun and safe Halloween, Mustangs!