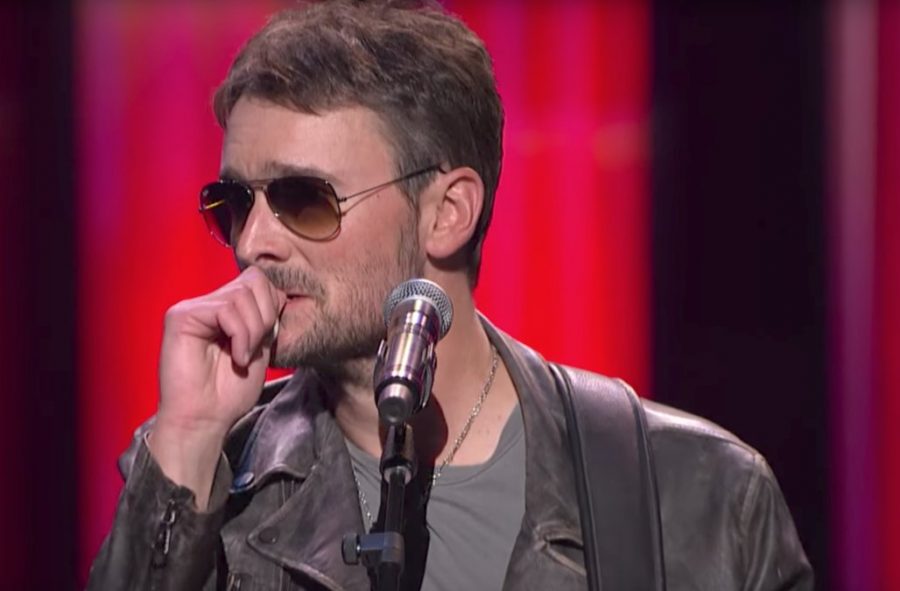 Eric Church cries during emotional performance of his new song “Why Not Me.”

Country music is something that people have used as a bond between each other for as long as it has existed. Whether it be a family, a group of friends, or a couple, Country music has the unique ability to bring people together. For this very reason, it was so easy to break the hearts of all Country lovers.

The Las Vegas Massacre occurred at a country music festival near the strip of Las Vegas on October 1st. With 58 deaths and over 500 injuries, thousands of people were affected by the tragic event. Among those affected were all country music singers. Not only were these artists horrified of the terrible event, but also by the bad reputation that was put on country music. Many artists found different ways to stand up and support those affected, as well as supporting the continuation of the country community as a whole.

Eric Church showed his support by writing a song, “Why Not Me.” He debuted the song just days after the incident occurred in the Grand Ole Opry. Before he began singing, he told the crowd that he did not want to be there that night. Choking on his words he emotionally explained that Sonny, a man who died in the shooting, and her wife had been at the festival specifically to see him play. There were empty seats in the Grand Ole Opry that night that they were supposed to fill. He then continued to sing the heartbreaking song, which in a way helped everyone’s heart fix, just a little bit.

Along with Church, Jason Aldean, who was on the stage during the shooting, honored the victims in his own way. With a few other artists, Aldean paid tribute to the deceased and affected at the CMT Artists of the Year show, rather than accepting awards. Samantha Bohling (11) said, “it was so heartwarming and amazing that these artists would give up something so important to them.”  This truly showed all those affected how deeply these artists cared about the incident and were there for support.

Country music has, and will continue to be a unifying art for all involved. Listeners use the music to connect with the world around them, and artists use their music to connect with their listeners. At a time like this, a time when so many people are in pain, country music is exactly what is needed. These artists and many more have stepped up to support and demonstrate the unity that is so important right now.